Two trailers for you, people, that I didn't get to post over the weekend. The first one is for Paul Walker's exciting action drama HOURS. Coming out later 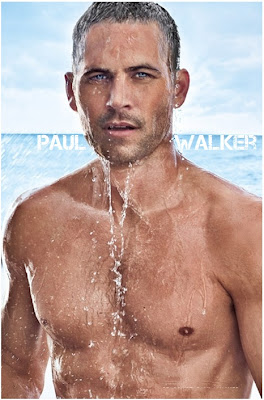 this year, the film will see Paul Walker starring in the harrowing tale as a man whose first child was born just before Hurricane Katrina hit New Orleans. Although the hospital is evacuated, he is told to stay with his baby, who is on a ventilator. When the power goes out and the flood waters start to rise, this new father must do whatever it takes to keep them both alive. As you can see from the trailer, he will go through some extremely disturbing and touching twists and plots in order to save his child! This is a directorial debut of Eric Heisserer who penned the scripts for THE THING, A NIGHTMARE ON ELM STREET and FINAL DESTINATION 5!


HOLLYWOOD SPY HEADLINES
In today's short Hollywood news, young heartthrob Douglas Booth, whom you will watch later this year in ROMEO AND JULIET and in Russell Crowe's sf epic NOAH, has joined the already gorgeous cast 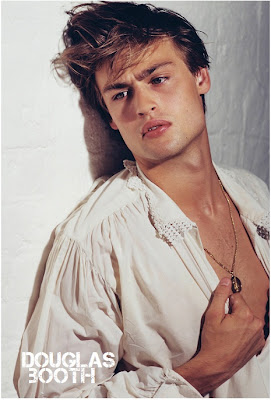 of another sf epic JUPITER ASCENDING. Starring Channing Tatum, Mila Kunis, Eddie Redmayne and Sean Bean, the story is set in a future where humans are considered the lowest form of life in the universe. Channing Tatum is a bounty hunter who is ordered to kill an Earth woman (Mila Kunis) because of her resemblance to the Queen of the Universe. And it seems that after PAN AM, Christina Ricci will return to TV: according to "THR" she will play the lead in NBC comedy GIRLFRIEND IN A COMA as Karen, who after almost two decades, wakes up from a coma to find out she has a 17-year-old daughter from a pregnancy she was unaware of when her life was put on hold. After MERLIN's Katie McGrath, ARROW's

Jessica DeGouw and Irish star Victoria Smurfit have joined NBC's upcoming DRACULA show lead by Jonathan Rhys Meyers in the lead role, they have now found Van Helsing in German star Tomas Kretschmann whose Van Helsing will be a brilliant professor with a cool exterior who is obsessed with revenge and makes him more of a threat to the public than to Dracula. Dashing Oliver Jackson Cohen, whom we've seen recently in WORLD WITHOUT END series, has also joined DRACULA and will play Jonathan Harker, a tenacious journalist desperate to climb the ranks of aristocracy and stay there!


WRITERS TRAILER
And the first trailer has been unveiled for this year's comedy drama WRITERS! The cast pf the ensemble comedy is lead by always delightful Greg Kinnear in the story which revolves around an 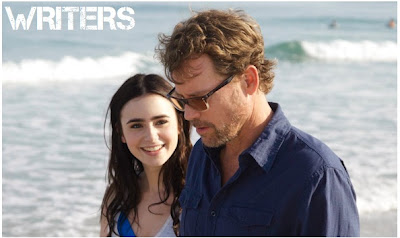 acclaimed writer, his ex-wife, and their teenaged children who come to terms with the complexities of love in all its forms over the course of one tumultuous year! The rest of the cast also included some gorgeous 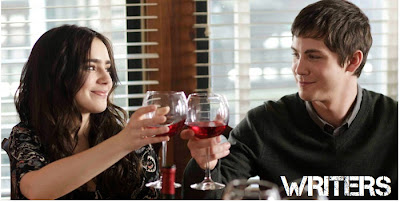 ladies sweet Lily Collins from MIRROR MIRROR and Kristen Bell. Young Logan Lerman and Jennifer Connelly are also in the film! The tagline is "every life needs a rewrite"!
Posted by DEZMOND at 12:00 AM