Your first trailer for today is for Norwegian Best Foreign Film contender at this year's Oscars - KON-TIKI: In 1947, the world is gripped 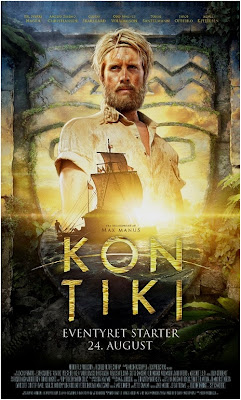 with excitement as the young Norwegian adventurer Thor Heyerdahl embarks on an astonishing expedition - a journey of 4,300 nautical miles across the Pacific Ocean on the KON-TIKI raft. Thor suspects that the South Sea Islands had been settled by ancient South Americans from thousands of miles to the east. Despite his inability to swim and fear of water, Thor decides to prove his theory by sailing the legendary voyage himself. After replicating the design of an ancient raft in balsa wood, Thor and five fellow adventurers set sail from Peru. Their only modern equipment is a radio, and they take a parrot along for company. A natural leader, Thor uses the stars and 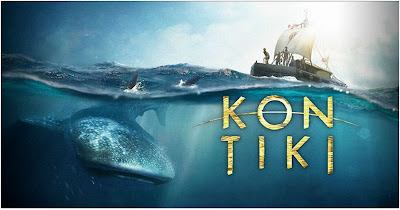 the ocean's current to navigate the raft. After three dangerous months on the open sea, encountering raging storms, sharks, and all the dangers the Ocean can muster, the exhausted crew sight Polynesia and make 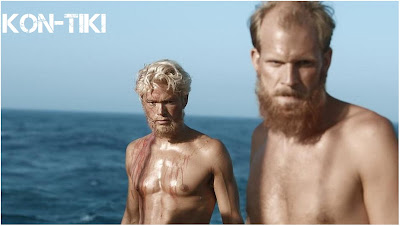 a triumphant landing. Having sacrificed everything for his mission, even his marriage, the success of the KON-TIKI expedition proves bittersweet for Thor. The film hits cinemas in April!


HOLLYWOOD HEADLINES
In latest TV news, lovely Bridget Regan, whom we remember as the lead actress from LEGEND OF THE SEEKER, has taken the lead role in ABC new drama MURDER IN MANHATTAN and will play a part of

a New York-based mother and daughter team who act as amateur sleuths. Over at CW, REVENGE star Robbie Amell has joined new sf show THE TOMORROW PEOPLE about teens with super powers who fight evil around the world. He will play a tortured young man who dreams of being normal next to Peyton List and Luke Mitchell! Meanwhile over in United Kingdom, BBC has made their first casting choice for their Autumn 2013 new epic fantasy show ATLANTIS which will replace MERLIN in Saturday primetime! Robert Emms (WAR HORSE, MIRROR MIRROR) will play young Pythagoras, a genius mathematician and philosopher, in the thirteen episode series set in the mysterious ancient world of ATLANTIS a place of bull leaping, of snake haired goddesses and of palaces so vast it was said they were built by giants. It’s into this strange, compelling realm that the young Jason 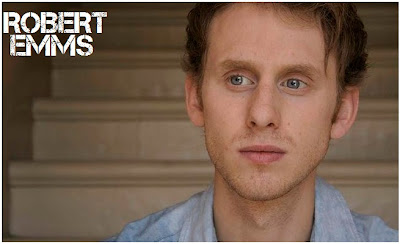 arrives and an amazing adventure begins, bringing to life the vast store of Greek myths and legends re-imagined for a new generation. The role of Jason is yet to be cast, let us hope they cast someone delightful like Colin Morgan was in MERLIN!


SOMETHING REAL AND GOOD TRAILER 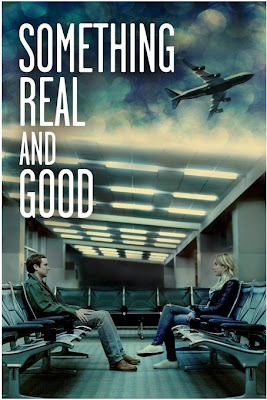 Well, this is what we all dream of - for an ordinary, boring day to turn into SOMETHING REAL AND GOOD. And that is also the title of the new independent romantic movie for which you can watch the first trailer below. The story of the movie follows a young man and woman who meet by chance in an airport while waiting for a delayed flight. When the plane is rerouted, they decide to make the best of it, and over the course of one night, realize that sometimes it takes a detour to make a connection. The film, which premiers March 5th, stars Alex Hannant, Dillaran Martin, Tommy Shayne Manfredi, Marla Stone.
Posted by DEZMOND at 12:00 AM