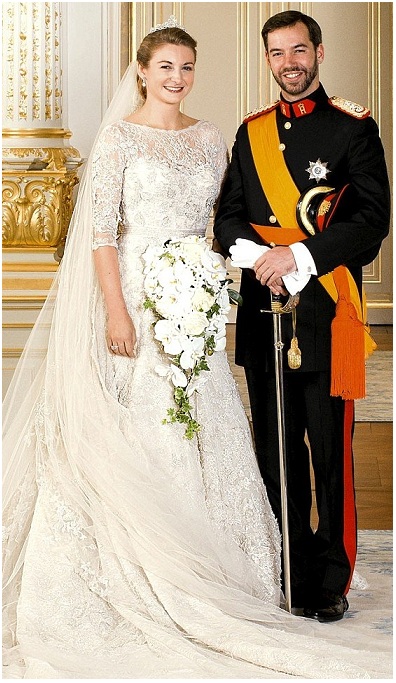 prince William and Kate Middleton, were so popular and well visited by our readers, here's the latest one. We are a bit late, since it happened a week ago, but here is the report from the royal wedding in one of Europe's smallest countries Luxembourg with some truly 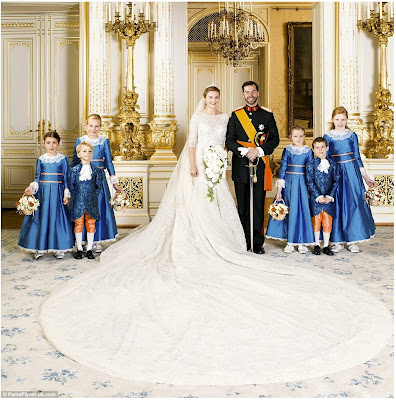 gorgeous pictures. It was the wedding of Prince Guillaume, who is the heir to the throne and the future grand duke of Luxembourg, and his new wife Belgian Countess Stephanie de Lannoy.

THE ROYAL GUESTS
As you will see in the pictures the truly lavish and utterly beautiful ceremony in the divinely decorated cathedral has gathered lots of Europe's and world's crowned heads including some kings and queens. 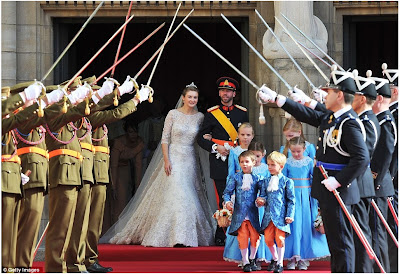 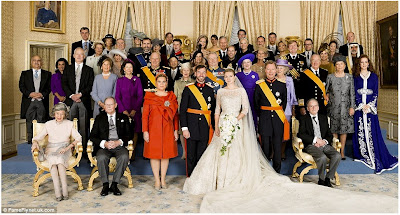 Britain (Prince Edward and his wife), and always stunning Lalla Salma, the wife of Moroccan king.

THE WEDDING GOWN
I must admit I liked princess Stephanie's dress the most from all the royal gowns we have seen recently since we have had so many royal weddings around Europe. Her gown was very simple, but gorgeously 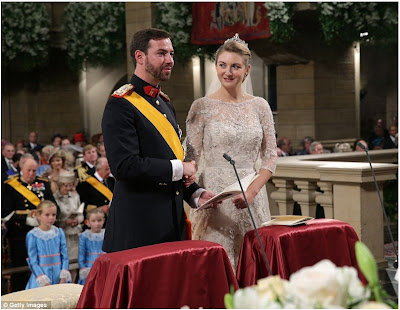 refined with stunning lace veil which had a stunning length of four meters and was designed by world's best high fashion designer Elie Saab, who, as you know, dresses most of the elegant stars at all 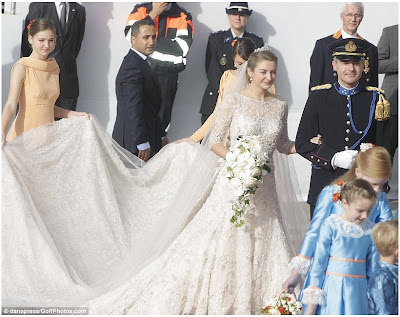 the famous movie awards. The gown was also richly beaded, made of silk and lace with silver floral designs. The only thing I did not like was her hairdo, since she looks much prettier and sweeter with her long golden hair down. 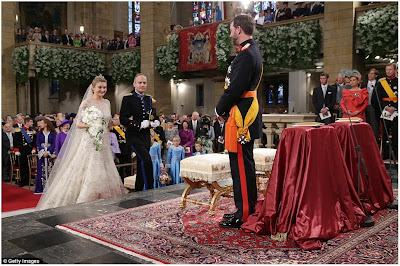 A COSTLY WEDDING
Similarly to last year's royal wedding in Monaco, this one was also very expensive (they say it cost about 500,000 euro, but as you know, even though it is one of the smallest countries, Luxembourg is also one 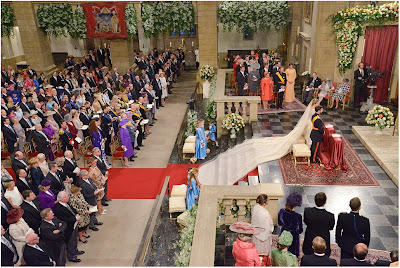 of the richest countries in the world since it is a financial and steel haven), and it featured vivid celebrations around the city with fireworks, concerts and street parades.


GUILLAUME & STEPHANIE
If you follow royal circles you already know that young and very handsome prince Guillaume has, for quite a long time, been one of the most attractive royal bachelors in the world, and he got engaged 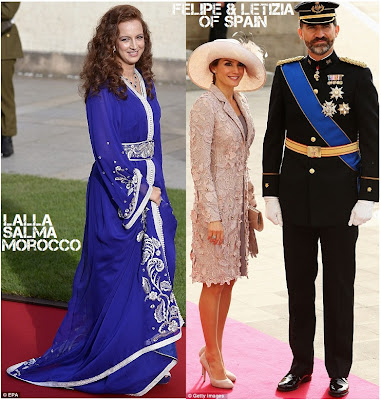 with Stephanie last year. They also had a sad moment at the wedding when they held a minute of silence to Stephanie's mother who died in August.  After and before the wedding the royal couple was greeted 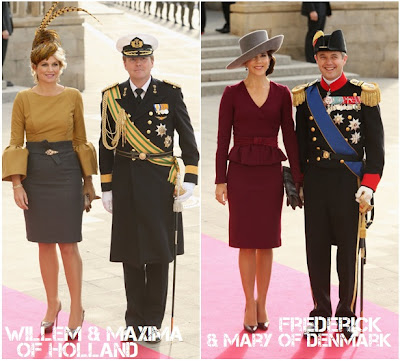 by adoring crowds who gathered in the streets and in front of the church and the grand-ducal palace. The couple has been enjoying great popularity and are beloved by the citizens of Luxembourg. She is two years younger than him, who is 30 years old. Guillaume is known for 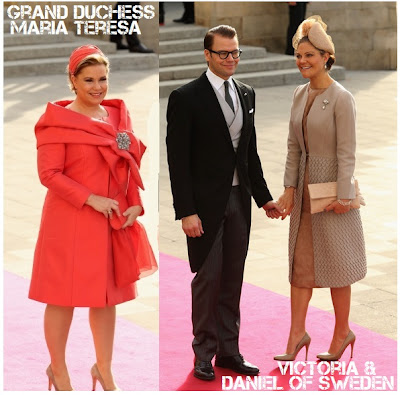 his charity work and is a member of Luxembourg army, while Stephanie is a well educated young lady who, luckily, speaks both languages of Luxembourg - German and French. She will become 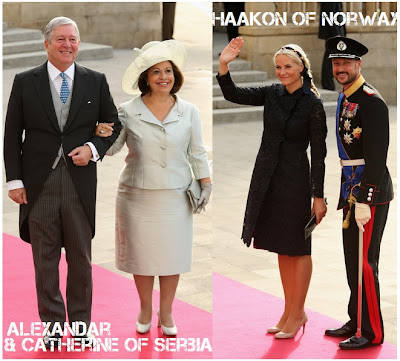 Luxembourg's Grand Duchess when Guillaume takes the throne from his parents. It is interesting that he is the last of the European heirs to to throne to get married among the ones who rule the official monarchies. 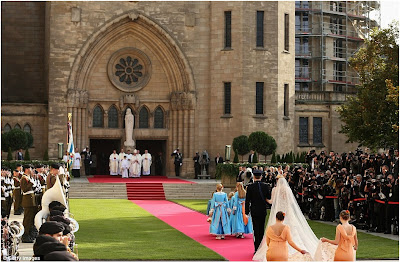 PS Click on the pictures to see them in bigger size!
Posted by DEZMOND at 12:00 AM