After casting Bradley Cooper as Lucifer, Benjamin Walker as archangel Michael, Djimon Hounsou as angel of death, Camilla Belle as Eve and 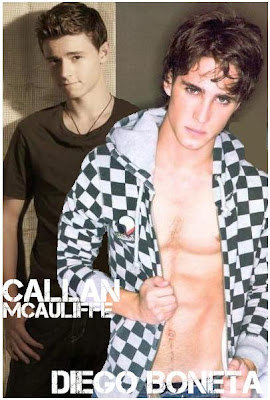 Casey Affleck as Gabriel, Alex Proyas' movie adaptation of famous PARADISE LOST epic, which will follow the clash between archangel Michael and Lucifer, has now got Callan McAuliffe too. The guy from I AM NUMBER FOUR will play the role of the Archangel Uriel, one of the first seven archangels created by God and the soldier who becomes God's second in command when Lucifer rebels against Him and Michael is named commander of Heaven's army. Another fresh gossip says that Diego González Boneta, from BH 90210, could get the role of Adam.

HOLLYWOOD SPY'S HEADLINES
There is one more religious project ahead! According to "MovieWeb" Warner Bros. is trying to get Steven Spielberg to helm their huge epic GODS AND KINGS which will chronicle Moses' entire life span from birth to death described in the Book of Exodus and other stories from the Bible's Old Testament. It's an invasion of Biblical topics in Hollywood with these two above, and then DAVID AND GOLIATH with Dwayne Johnson and Taylor Lautner, and Mel Gibson's plans to shoot JUDAH MACCABEE 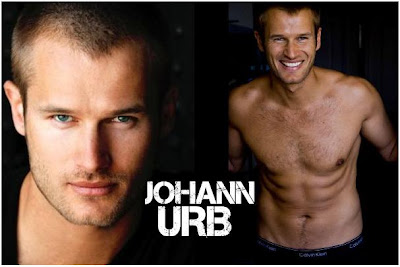 epic. After rumors from a few days ago about Kevin Durand and Oded Fehr joining RESIDENT EVIL: RETRIBUTION, Milla Jovovich has revealed that the fourth part of the zombie franchise has a new member in the cast - Johann Urb will play Leon Kennedy, the leader of the human resistance. Handsome Estonian actor, Johann Urb, has been seen in EASTWICK TV show and in Emmerich's epic 2012 before he got this new gig.
Since you've been good kids, your trailer for today is the first one for EXTREMELY LOUD AND INCREDIBLY CLOSE, which opens up this Christmas and follows eleven-year-old Oskar Schell, 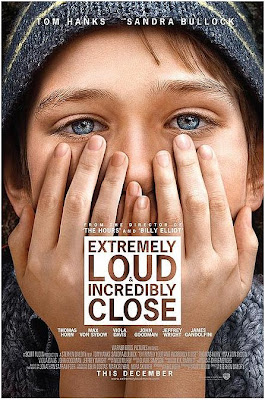 an exceptional child: amateur inventor, Francophile, pacifist. After finding a mysterious key that belonged to his father, who died in the World Trade Center on 9/11, he embarks on an exceptional journey, an urgent, secret search through the five boroughs of New York. As Oskar roams the city, he encounters a motley assortment of humanity, who are all survivors in their own ways. Ultimately, Oskar's journey ends where it began, but with the solace of that most human experience: love. Directed by brilliant Stephen Daldry, the film stars Sandra Bullock (looks like a powerful role), Tom Hanks and little Thomas Horn.