Well, these are good news: some time ago HOLLYWOOD SPY told you that TNT is preparing an interesting new TV series called 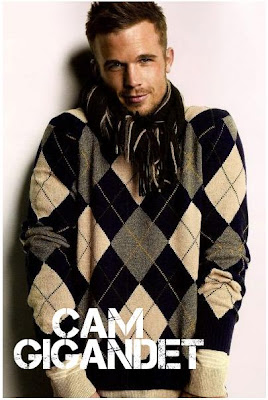 GATEWAY. As "Deadline" reports, this western show will only get greenlit if they find the actors for the three main roles. And now they've found the first one: Cam Gigandet will play one of the three brothers forced to pitch in and save their hometown after their father, the sheriff, is murdered. They soon find themselves up against a wealthy cattle magnate who wants to take over small Colorado town. As you remember Cam Gigandet already played a rather charismatic cowboy in sf epic PRIEST in which he played a young sheriff who joined the vampire slayer Paul Bettany in his hunt on Karl Urban's charmingly naughty vampire villain.


SHORT HOLLYWOOD HEADLINES
The new one to join the already star studded cast of THE EXPENDABLES II is young Liam Hemsworth from THE HUNGER GAMES. He will play a sniper beside the plethora of 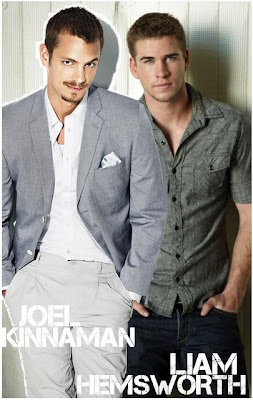 fallen action stars - Sylvester Stallone, Bruce Willis, Chuck Norris, Jean-Claude Van Damme, Arnold Schwarzenegger, Dolph Lundgren, Mickey Rourke,  Jet Li, John Travolta and Jason Statham. The film will be shot in Bulgaria. The movie adaptation of the 60's show THE MAN FROM U.N.C.L.E. which I mentioned a few days ago, to be directed by Steven Soderbergh, now has new contestants for the lead role: beside already mentioned Alexander Skarsgard, Joseph Gordon Levitt and Ryan Gosling, new names in the game are Michael Fassbender, mesmerizing Joel Kinnaman (AMC's THE KILLING) and Ewan McGregor.
Today's trailer might excite some of our ladies since it is for the new adaptation of WUTHERING HEIGHTS. Helmed by Andrea Arnold 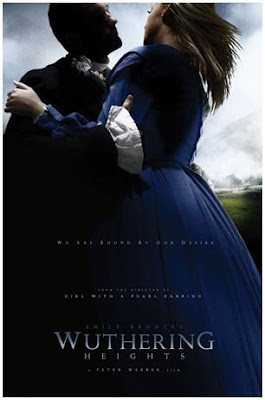 and starring a bunch of unknown and rather unprofessional looking actors, the film will again bring Emily Bronte's famous tempestuous love story about obsessive passion across the class divide, set on the Yorkshire Moors. Andrea Arnold is mostly known for her praised drama FISH TANK in which Michael Fassbender gave a groundbreaking performance a few years ago. I'm not sure about this one, the trailer is extremely strange and kinda pretentious and I personally don't like when directors play with classics in such an extreme way.
Posted by DEZMOND at 12:00 AM