TRAILER FOR "THE SON OF NO ONE" WITH CHANNING TATUM & AL PACINO. EVANGELINE LILLY TRAINS ARCHERY & SWORD FIGHTING FOR "THE HOBBIT"! ALEXANDER SKARSGARD, JOSEPH GORDON LEVIT & RYAN GOSLING IN "THE MAN FROM THE U.N.C.L.E." 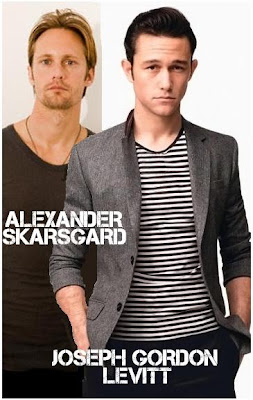 A new project around which young stars are fighting in order to get the lead role, is the movie remake of the 60's TV show THE MAN FROM U.N.C.L.E. As "MovieWeb" reports the story is based on a pair of agents from the United Network Command for Law and Enforcement who are regularly tasked with protecting the planet from the evil forces of Technological Hierarchy for the Removal of Undesirables and the Subjugation of Humanity (THRUSH). The stars fighting for the lead role are Alexander Skarsgard, Ryan Gosling and Joseph Gordon Levitt. The film will be directed by Steven Soderbergh.


SHORT HOLLYWOOD HEADLINES
One of the new shows which we shall watch in the future will be a TV adaptation of this year's blockbuster SOURCE CODE. 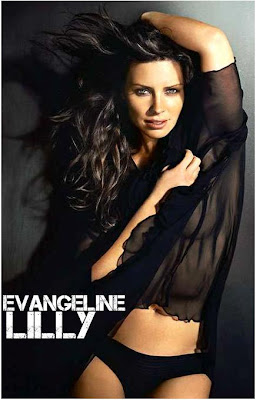 The CBS show will be based on Jake Gyllenhaal's film which followed federal agents who use special technology to jump into the consciousness of people involved in tragic events. While promoting her new film REAL STEEL with Hugh Jackman, Evangeline Lilly has talked a bit about her role of Elven girl Tauriel in Peter Jackson's THE HOBBIT saga. Although nothing is known about the character, which isn't in the book, Evangeline has revealed that beside studying Elvish she is currently also learning how to be an archer, a swordsperson and how to fight like an elf, which means that she might take part in some of the big battles in the film.
Here's a new trailer for action film THE SON OF NO ONE which features a rather strange combination of Channing Tatum, 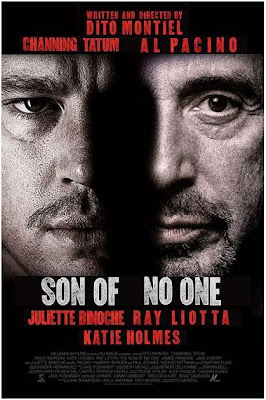 Juliette Binoche, Ray Liotta, Katie Holmes and Al Pacino in the cast. Based on the book by Dito Montiel, the story of the movie follows a young cop (Channing Tatum) who is assigned to a precinct in the Queens neighborhood where he grew up. To provide for his wife and ailing daughter, he works hard to keep his life on track. But this life is threatened when a dark secret bubbles to the surface. An anonymous source reveals new information about the unsolved murder of two boys and a possible police cover-up, setting off a chain of events that rattles the neighborhood.The trailer is extremely confusing.
Posted by DEZMOND at 12:00 AM