FALLEN ANGEL IN NICHOLAS SPARK'S SHOW "THE WATCHERS"! INTENSE TRAILER FOR "MAN ON A LEDGE" WITH SAM WORTHINGTON & JAMIE BELL. CHARLIZE THERON TAKES THE LEAD IN "CITIES OF REFUGE"!

Famous writer Nicholas Sparks (DEAR JOHN, THE NOTEBOOK) has sold his new show to ABC. Titled THE WATCHERS, the show follows Raphael, an angel who falls in love with a mortal woman, 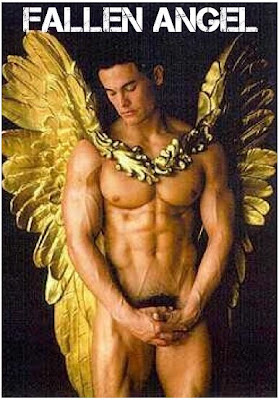 Sarah, and decides to leave his job as a Watcher, an angel who invisibly provides support to humans in time of need. Unfortunately, things don't turn out so well for the star-crossed lovers when she dies and he is left to wander the Earth alone as a fallen angel. Dependent on the kindness of strangers and hunted by angels from above and below, he travels undercover, performing miracles as he searches for the meaning of loss and clues to Sarah's fate. Sparks wrote the show together with Kristin Hahn (THE TIME TRAVELER'S WIFE) 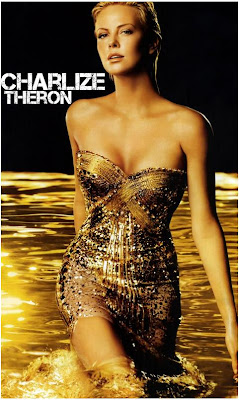 WAR HORSE to pen a biographical musical fantasy called ROCKETMAN with choreographed musical numbers set to Elton John's songs, which will help drive a narrative story about the musician trying to navigate through the rough patches in his life. So, MOULIN ROUGE the Elton way. Gorgeous Charlize Theron could take the lead role in CITIES OF REFUGE, joining the club of Hollywood stars who take roles in mediocre crime films, since this one will follow a female investigator brought in to solve a brutal murder and kidnapping in which things aren't what they seem.
Today's trailer is an intense one for MAN ON A LEDGE which opens in cinemas next January. The story follows an ex-cop turned con (Sam Worthington) who threatens to jump to his death from 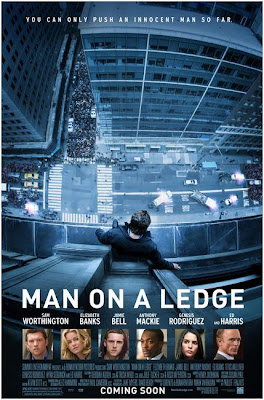 a Manhattan hotel rooftop. The nearest New York Police officer immediately responds to a screaming women and calls dispatch. The NYPD then sends a female police psychologist (Elizabeth Banks) personally requested to talk him down from the ledge. However, unbeknownst to the NYPD on the scene, the suicide attempt is a cover up for the biggest diamond heist ever pulled. Beside Worthington and Banks, the cast also includes Jamie Bell, Anthony Mackie and Ed Harris. Don't confuse the film with a similar one THE LEDGE with Patrick Wilson and Charlie Hunnam which I posted about earlier this year.