Today I have two trailers for you, and the first one is for a rather intriguing and strange action thriller 13 which rounds up a pretty huge cast including Jason Statham, Mickey Rourke, 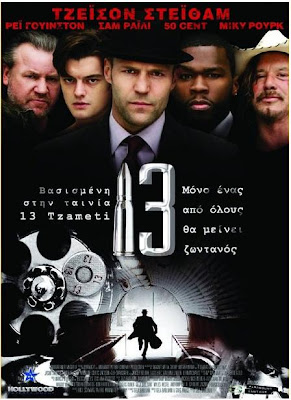 Alexander Skarsgard, Ray Winstone, Michael Shannon and even 50 Cent. Premiering October 28th,  the film follows a naive young man who assumes a dead man's identity and finds himself embroiled in an underground world of power, violence, and chance where men gamble behind closed doors on the lives of other men in some very strange game. And if you're not into action films, you might at least like Jason Statham's rather fancy and totally unusual and dashing outfits in the film :)

SHORT HOLLYWOOD HEADLINES
According to "Deadline" Fox has ordered a pilot for SPECTRE TV show, based on DC Comics hero Jim Corrigan, a former hard-nosed cop who is stuck in the afterlife. He must return to 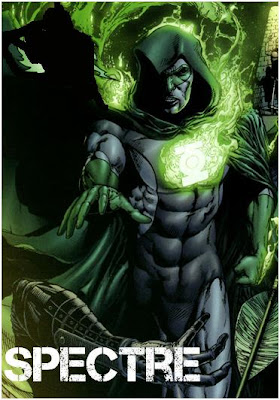 Earth to hunt down criminals on behalf of a mysterious entity known only as "The Voice". Another two film actors to join the trend of movie stars moving to TV are Ethan Hawke and Vincent D'Onofrio who have joined new TV show BLUE TILT to be aired on NBC. They will play two seasoned homicide detectives - one married and one divorced - who are solving cases while dealing with their wives and ex-wives and kids. As "MovieWeb" reports the title BLUE TILT refers to a cop term for homicide detectives who, as a result of dealing with particularly brutal crimes, become a danger to themselves and are put under psychiatric observation.
The second trailer for today promotes spooky period thriller THE AWAKENING which should premiere sometime this year. The 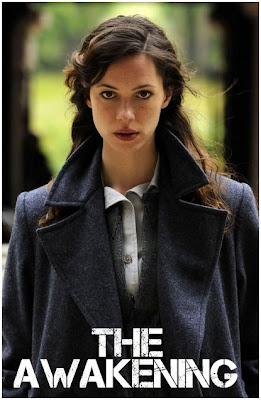 atmospheric movie is set in 1921 when England is overwhelmed by the loss and grief of World War I. Rather bland British actress Rebecca Hall plays an author and professional hoax exposer from London, who is approached by a teacher (Dominic West) at a boarding school for little boys, because he believes the students are being tormented by a ghost. But when she starts exploring in order to explain sightings of a child ghost, everything she knew unravels as the 'missing' begin to show themselves. Always wonderful Imelda Staunton also appears in the film.