"MERLIN" SEASON 4 TO PREMIERE THIS SATURDAY! PAUL BETTANY IN "BLOOD"! MICHAEL FASSBENDER IS NEW "ROBOCOP"? BRAD PITT GOES SF IN "ALL YOU NEED IS KILL"?

Amazingly talented Michael Fassbender is really popular these days in Tinseltown. After shinning in X-MEN: FIRST CLASS, A DANGEROUS METHOD, JANE EYRE  and SHAME this year, and his gig in next year Ridley Scott's sf blockbuster PROMETHEUS with 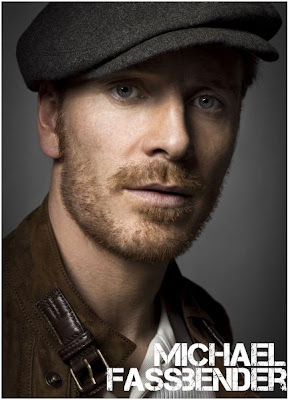 Charlize Theron, according to latest news he has now been offered the lead role in the remake of ROBOCOP. MGM and director Jose Padilha, apparently want him in the role of terminally wounded cop who returns to the police force as a powerful cyborg haunted by submerged memories. Other candidates which were previously mentioned for this role include Chris Pine, Keanu Reeves and even Tom Cruise. As we've mentioned before, Fassbender also has AT SWIM TWO BIRDS to shoot next year with Collin Farrell, Cillian Murphy, Jonathan Rhys Meyers and Brendan Gleeson.


HOLLYWOOD SPY'S HEADLINES
According to "Vulture", Brad Pitt has been offered the lead role in sf epic ALL YOU NEED IS KILL. To be directed by Doug Liman it will 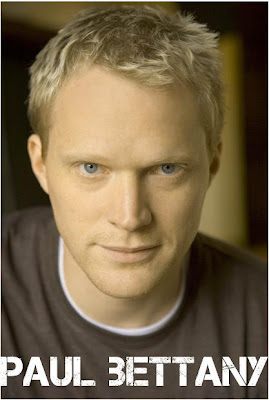 center on a soldier killed in battle while fighting an intergalactic alien war. Instead of heading to the afterlife, he is resurrected to the day before his death, each and every day. As "ScreenDaily" reports Paul Bettany and Brian Cox have joined BLOOD, a movie adaptation of BBC's 2004 CONVICTION TV series about two policemen who kill a murder suspect and are then plunged into chaos when they are forced to investigate their own crime. According to "MovieWeb" Ridley Scott has hired the writer of CONTAGION and THE BOURNE ULTIMATUM to pen his remake or reboot of BLADE RUNNER classic from the 80s.
To celebrate the premiere of the fourth season of MERLIN, the most popular epic show around the world (it is broadcast in unbelievable 183 countries), on October 1st at BBC ONE.  I have some hotsy pics for my ladies of scantily clad knights of Camelot

- sir Leon (Rupert Young),  Gawaine (Eoin Macken) and sir Percival (Tom Hopper)! And there's also a clip for the first episode of the new season which will see Merlin (Colin Morgan) and Arthur (Bradley James) battling Morgana who went over to the dark side, and the show will probably be freshened up with the newly establish knights of the round table with Lancelot and 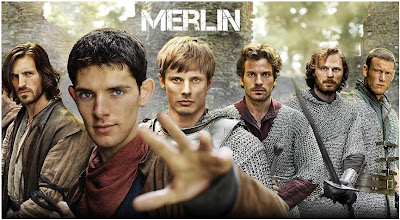 Gawain appearing more in the episodes. The new season will open with a two-part adventure telling the story of Morgana's revenge, and Katie McGrath, who plays Morgana, has recently said that we shall see Morgana become an evil force comparable to the Star Wars villain Darth Vader.