So, how did you like the 63rd Annual Primetime Emmy awards on Sunday? Happy? Not so happy? Or did you sleep, like yours truly, while the celebs were marching over the red carpet? Well, although I generally don't follow EMMY AWARDS too 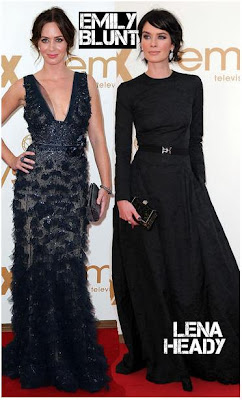 religiously, since I don't watch most of the shows they think are deserving of nominations and wins, I was happy to hear that lovely Mellisa McCarthy won for best comedy actress, that legendary Kate Winslet won lead actress in mini series award for MILDRED PIERCE, that MAD MEN won again as best drama (I never sit in front of TV to watch the show, but when I catch it while surfing the channels it always captures my attention and I watch it till the end), I was also happy that Julian Fellowes and Maggie Smith won an Emmy for DOWNTON ABBEY which was proclaimed best mini series too. But let us move to the red carpet part: the best dressed - stunning Emily Blunt in midnight blue gown from the best designer ever Elie Saab, and Lena Heady in refined and stylishly conservative black dress on which I'd only change the belt. 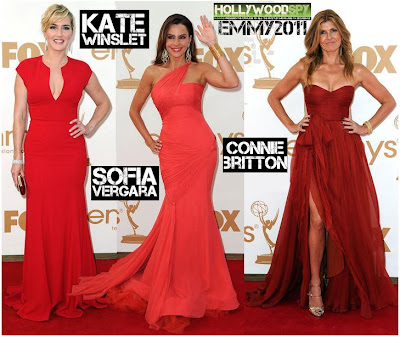 Ladies who chose to appear in red at Emmy 2011 Awards scored success: Kate Winslet looked warm and relaxed, Sofia Vergara was super sexy and refined, and Connie Britton looked refreshing too. Click on the pics to see them bigger size. 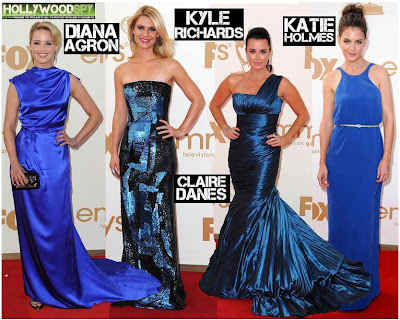 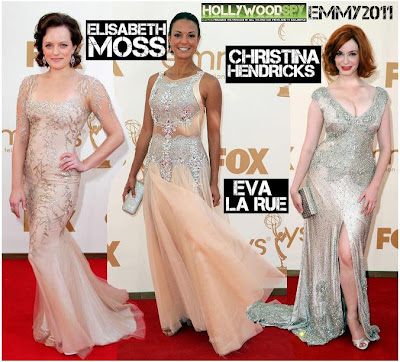 The ladies who used too much lace, silk and kitschy glitter on their white or ivory dresses, and didn't look good at all, although we love their acting skills are MAD MEN's Christina Hendricks and Elisabeth Moss and CSI MIAMI's Eva La Rue. 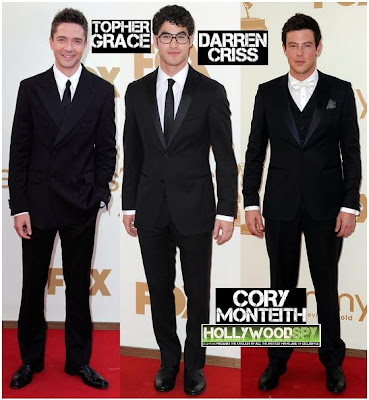 The best looking boys on the Emmy 2011 Awards red carpet, looking all charming and dashing and refreshingly young were Topher Grace and two GLEE lads Cory Monteith and Darren Criss. 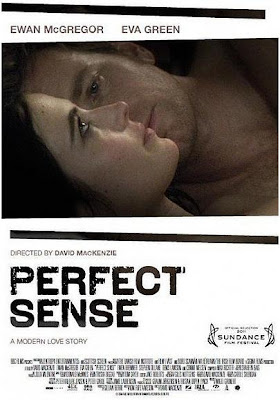 and unappealing Eva Green, it also has our beloved Ewan McGregor so you might like it after all. The unusual movie which premiered earlier this year at Sundance Movie Festival follows a chef (Ewan McGregor) and a scientist (Eva Green) fall in love with each other as an epidemic begins to rob people of their sensory perceptions. The story sounds interesting and it promises an atmospheric movie, but I'm seriously convinced that Eva's lack of chemistry with any actor in her career will ruin it this time as well. We'll watch it solely for McGregor's performance. He didn't have luck in that respect in BEGINNERS either, when he was mismatched with bland and talentless Melanie Laurent earlier this year.
Posted by DEZMOND at 12:00 AM