FIRST TRAILER FOR KATHERINE HEIGL'S "ONE FOR THE MONEY". ERIC BANA TO STEAL DIAMONDS IN "BRILLIANT". JUSTIN TIMBERLAKE IN BIOPIC "SPINNING GOLD".

According to "Variety" Australian/Croatian star Eric Bana, whom we haven't seen a lot lately, will take the lead role in 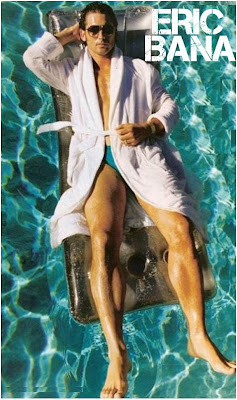 Robert Luketich's (LEGALLY BLONDE) film BRILLIANT. Following the latest Hollywood trend of heist movies, the story will revolve around a small-time criminal who joins accomplished thieves in a huge diamond heist. Bana doesn't have a lot of future projects in his sleeve. He is slated to star in BLACKBIRD in which he and Olivia Wilde will star as two fugitive siblings who come across a boxer (Charlie Hunnam) who was recently released from prison. After that he will again be a criminal in BY VIRTUE FALL a film about an ex-con who seeks revenge upon his mentor who framed him for a crime he didn't commit. 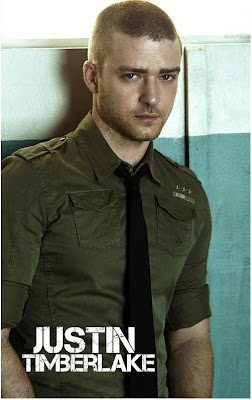 legend Neil Bogart who founded Casablanca Records in 1974 and is credited with discovering, launching and nurturing the careers of a generation of music superstars such as Donna Summer, Kiss, The Village People ... Though he died at only 39, he lived to see all his dreams come true. Two popular action stars Kevin Durand and Oded Fehr have joined Milla Jovovich, Sienna Guillory and Boris Kodjoe in RESIDENT EVIL: RETRIBUTION. You remember Oded as the famous Egyptian warrior from THE MUMMY and Durand played in LOST, ROBIN HOOD, LEGION... 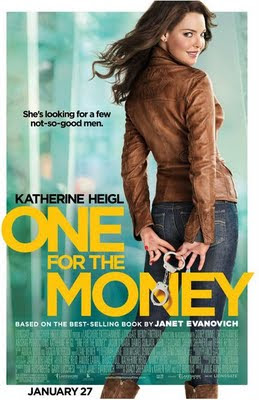 I'm a few days late with this one, but here it is now - the first trailer for ONE FOR THE MONEY, a movie adaptation of famous book series by Janet Evanovich. Popular Katherine Heigl portrays Stephanie Plum  the main character of the sixteen mystery bestsellers. Stephanie Plum's got plenty of attitude, even if she's been out of work for the last six months and just lost her car to a debt collector. Desperate for some fast cash, Stephanie turns to her last resort: convincing her sleazy cousin to give her a job at his bail bonding company... as a recovery agent. The film should open up in cinemas next January.
Posted by DEZMOND at 12:00 AM