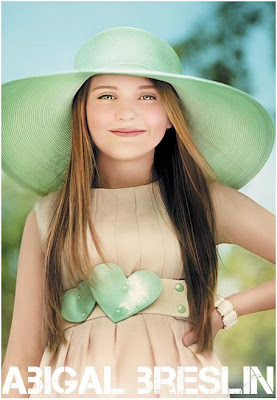 now and she has been choosing some really strange roles the latest of which is the lead one in A VIRGIN MARY, a film about a teenager who makes a pact with her best guy friend to have sex with each other, if they are both virgins by the age of 18. As I told you before, she will also appear in INNOCENCE beside Julianne Moore, as a recently bereaved teenage girl who finds herself the focus of everyone's attention at her elitist private school, which is home to a nest of vampires.

SHORT HOLLYWOOD HEADLINES
Speaking of Abigail Breslin, this October she will also star in JANIE JONES, as a daughter of a faded rock star (played by always mesmerizing Alessandro Nivola) who never even knew 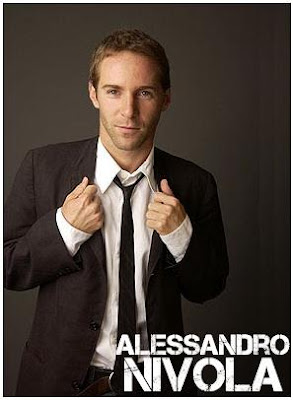 he had a child until his former flame (Elisabeth Shue) drops a bomb about it because she suddenly leaves for rehab, and the child has no place to go but to join his band on  their reckless tour filled with drugs and booze. As his self destructive spiral threatens to derail his comeback, the daughter uses her own surprising musical talents to help guide him down the rocky road to redemption. Bad or good news, you decide: Eddie Murphy has been officially confirmed as the host of next year OSCARS! Well, I guess he can't be any worse than the catastrophe of a host called James Franco. At least we will laugh and not cry like this year.
A trailer for today is the new one for the upcoming thriller RETREAT which should hit cinemas later this October. As you know, this exciting and intriguing suspense thriller has quite a stunning cast including amazing Cillian Murphy, gorgeous 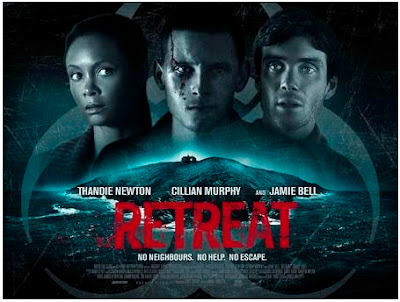 Thandie Newton and always freaky Jamie Bell.In the rather atmospheric and spooky story Thandie Newton and Cillian Murphy  appear as a married couple who go on a beautiful but remote island to relax, but there they unexpectedly encounter a strange stranded man (Jamie Bell) who tells them that everyone on the mainland had been killed by an airborne virus and that the three of them are the only survivors.
Posted by DEZMOND at 12:00 AM