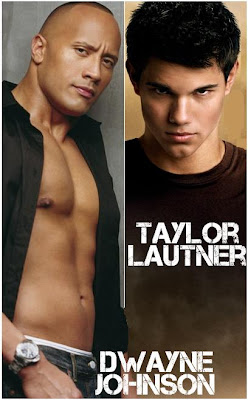 Probably the main headline of the day is the new casting for the upcoming epic GOLIATH. As I mentioned earlier this winter Relativity Media is preparing a lavish epic on the famous biblical story about young David, a shepard who tries to save the lives of his fellow villagers when the massive Goliath attacks, seeking the legendary king of the Israelites. The news is that the role of Goliath has been offered to Dwayne Johnson, while Taylor Lautner is the main candidate for the role of David. This epic adventure will be directed by Scott Derrickson (THE DAY THE EARTH STOOD STILL) and should hit cinemas in 2012 or 2013.

SHORT HOLLYWOOD HEADLINES
Interesting news from Showtime: together with Steven Spielberg they will make a new show based on Stephen King's UNDER THE DOME. As  "Deadline" reports the story centers 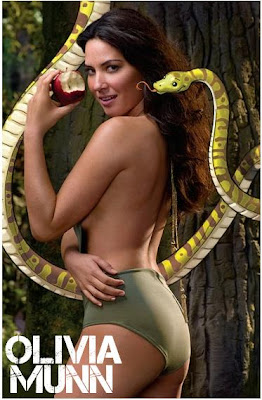 around a group of Maine residents who become trapped under a giant force field that closes them off from the rest of the world. A gorgeous lady to join the extremely hunkylicious cast of MAGIC MIKE in which Channing Tatum, Alex Pettyfer, Joe Manganiello, Matthew McConaughey and Matthew Bomer will play strippers, is stunning Olivia Munn who will play Chaning's girfriend. And speaking of hunkylicious, click to see the stunning new picture of Henry Cavill in Superman's costume from MAN OF STEEL if you want to see the extremely bulging muscles and some other equally bulging body parts of his :)
And in news from Europe, Serbian Film Academy has chosen the movie which will be Serbia's candidate in the race for the Oscar 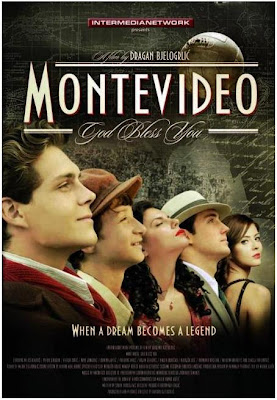 in the best foreign film category next year. It is this year's biggest domestic blockbuster around the Balkans MONTE VIDEO, GOD BLESS YOU! (Monte Video, Bog te video!), heart warming, super charming and visually beautiful film which follows the  story of a bunch of poor boys who decide to follow a dream that takes them on a journey to the First World Football Championship in Montevideo, Uruguay in 1930 as Serbia's national soccer team. A dream that allows them to become true stars and living legends. Beside depicting the dream of poor boys who become heroes of a poor nation, the film also brings 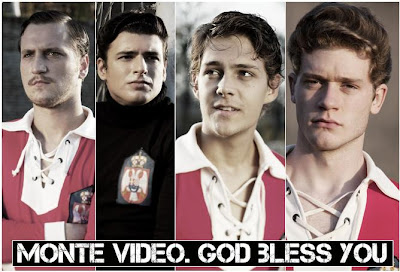 magical picture of the years between the two World Wars when values and virtues were something very different from what they are today and when humanity was discovering electricity, radio, cars and seductive nightclubs and music. Check out the lovely trailer.
Posted by DEZMOND at 12:00 AM