CREEPY TRAILER FOR LIAM NEESON'S "THE GREY"! KARL URBAN RETURNS TO "RIDDICK" AS LORD VAAKO! ISAAC ASIMOV'S "THE CAVES OF STEEL" GETTING A MOVIE ADAPTATION! 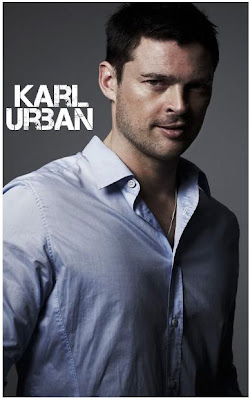 joined the third part of the famous RIDDICK sf saga. He will reprise the outstanding role of charismatic lord Vaako from THE CHRONICLES OF RIDDICK. As you know Vin Diesel is currently trying to find money for the movie which will be directed by David Twohy and will be more gritty and dark which is why it will be R-rated. Speaking of our beloved Karl Urban, as you know, he has another two big projects ahead of him - the lead role in the remake of JUDGE DREDD and the sequel to STAR TREK. And he also has LOFT with equally stunning James Marsden and Wentworth Miller. 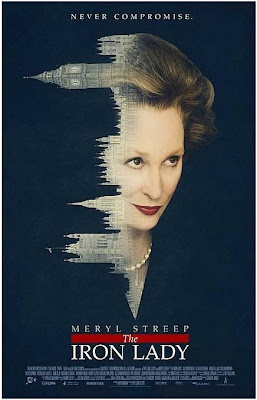 in the future, where humans have grown increasingly more paranoid of robots, who perform laborious tasks on outer planets known as "spacers". A "spacer" ambassador, who is trying to loosen Earth's restrictions on robots, is murdered, which forces a detective to pair up with a robot disguised as a human to solve the crime. After we've seen the teasing teaser, today you can check out the first poster for THE IRON LADY which premieres this December with Meryl Streep as infamous war loving British prime minister Margareth Thatcher. The cast also includes brilliant Jim Broadbent and Richard E.Grant. 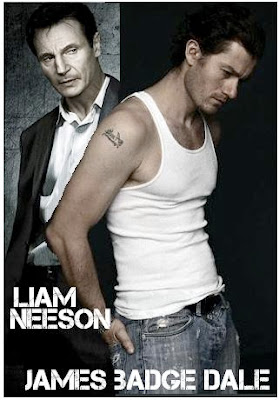 Your trailer for creepy Monday is equally creepy and much more exciting one for THE GREY, a suspense drama which should open in cinemas next year starring Liam Neeson, James Badge Dale and Dermot Mulroney. The film follows the survivors of a harrowing plane crash who are then hunted down by a pack of wild and hungry wolves in the setting of snow covered mountains where they are trying to fight back the beasts and survive again using all means possible in the cold wasteland. The  film is both written and directed by Joe Carnahan the helmer of NARC and THE A-TEAM.
Posted by DEZMOND at 12:00 AM