This is one of those cases you like so much, when I post about some insignificant film as an excuse to post some hot pics of its 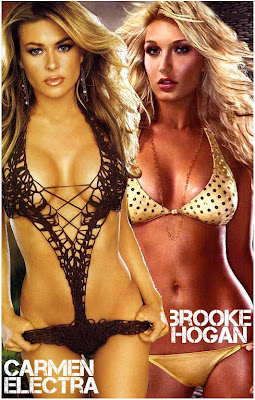 stars :) Over at "Beyond Hollywood" I came upon a charming little film with an even more charming title - TWO HEADED SHARK ATTACK. The latest rumors say that two vixens, Brooke Hogan and Carmen Electra will appear in this rather crazy film about a "Semester at Sea" ship which is attacked and sunk by a mutated two-headed shark, and the survivors seek refuge on a deserted atoll. The coeds, however, are no longer safe when the atoll starts flooding. The film should hit DVD market next year in case you're interested. 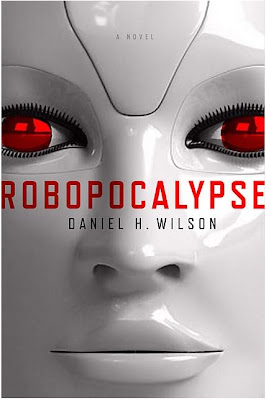 on to star in SOLACE, a crime thriller which will revolve around a former doctor who possesses psychic abilities, which he uses to help the FBI track down a serial killer. As "Deadline" reports, Fox, Dreamworks and Disney will all work together in financing Steven Spielberg's next huge, and extremely expensive, project, the movie adaptation of sf novel ROBOPOCALYPSE. As I reported before, the freshly released novel by Daniel H. Wilson is a sf epic which explores the fate of the human race after the world was hit by a robot uprising.
The only trailer I have to offer you today, in this rather slow week when it comes to movie news, is the one for A BIRD OF THE AIR, 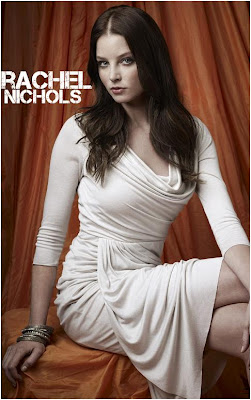 a charming film which hits cinemas this month and stars two gorgeous people Rachel Nichols (from CONAN and GI JOE, but they did some criminal things to her hair in this one) and Jackson Hurst. The story follows a solitary man who becomes obsessed with finding the owner of a green parrot who one day flew into his trailer. He is then joined by a girl who decides to help with his parrot search, whether he wants her to or not. The two of them set out on a quest to find the bird's previous owners and she begins to unravel the mysteries of his past and his present which is more intense than the romantic version she had envisioned.
Posted by DEZMOND at 12:00 AM