While our poll is still going on and you can still vote, HOLLYWOOD SPY is bringing you today a review of all the marvelous epic or historical shows which have amazed us in last few years bringing action, drama and lavish settings to TV again! 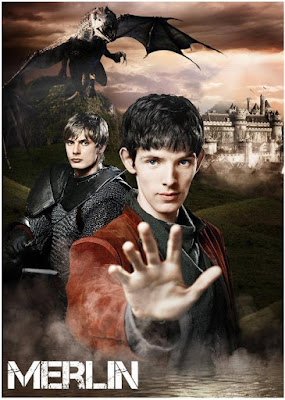 Which one is/was your favourite? Do you love historical and fantasy shows as much as your spy?

MERLIN'S CHARMING MAGIC
When it first premiered a few years ago, MERLIN was supposed to be a relaxing Saturday afternoon fun for the viewers of BBC, but then it seduced the audience becoming a world wide popular show with tens of millions of viewers and three seasons with the fourth one ready to air this Fall. In the world which loves grim, morbid and extremely dark stories, MERLIN was a breath of fresh air with its lovely stories based on myths and fairy tales, with it's picturesque sets and colourful costumes, with a sprinkle of humor and with amazing chemistry 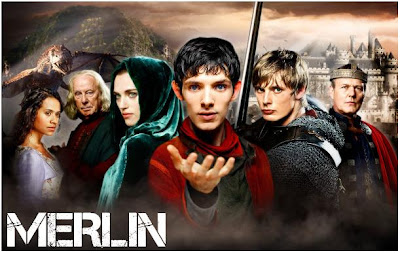 between the two lead actors Colin Morgan as Merlin and Bradley James as Arthur. The two weak spots are slow pacing (I thought that we shall see Arthur and Merlin ruling Camelot but it still hasn't happened) and that horrid horrid actress which plays Guinevere with only one facial expression in all possible situations and with utter lack of talent. She's the worst casting choice ever seen on TV since Anna Paquin's Suki in TRUE BLOOD.


GAME OF THRONES AND DRAGONS 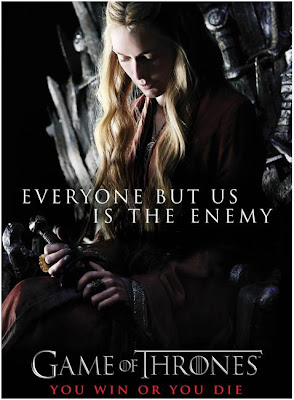 I must admit that, although I generally liked the show, GAME OF THRONES did leave me a bit disappointed and I think it owes its success mostly to the millions of fans of the books. Although it had its great sides (nice sets, mostly nice costumes, and some great performances - Sean Bean's being the best one) the show had problems with the dynamics within episodes, it didn't have any fantasy nor epic elements, it was mostly based on weak dialogues and there wasn't enough focus on any of the characters. So my main problem was with the adaptation and direction. The show just lacked some deeper directorial vision. 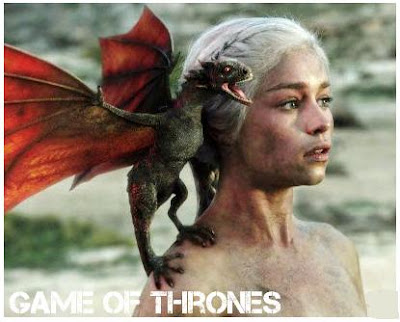 But, if you ask me, it was worth watching just to see the final scene of the first season in which we witnessed the birth of dragons on the body of the naked princess in the middle of the raging fire :) I wish the show had more of such breathtaking and deeply creative scenes. The second season is coming up next year hopefully with more action and with more inner drama and struggles. 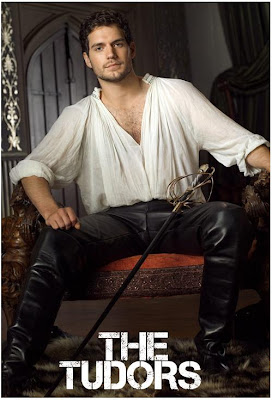 The show which basically brought back historical programmes back to prime time is THE TUDORS. Not many shows have had such a strong fanbase as this Showtime's series has. With outstanding acting (Jonathan Rhys Meyers as Henry, Maria Doyle Kennedy as queen Catherine and Henry Cavill as Charles Brandon gave truly legendary and extremely refined performances), mesmerizing sets, exciting drama and brilliant costumes, THE TUDORS had four seasons before they went straight to television history. The first season was by far the 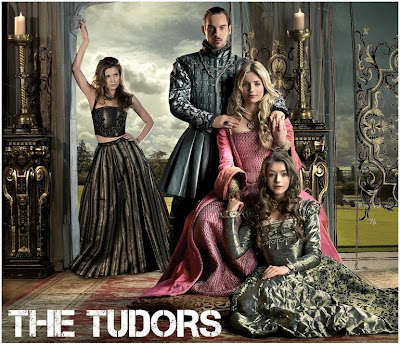 best, with the last, final, season being the weakest leaving an impression that it was shot and written in a rush. It still remains the show which will be loved and watched in decades to come as well.


GLORIOUS DAYS OF ROME
I must admit that I was immediately smitten by ROME as soon as it premiered on HBO in 2005. Following the lives of both illustrious and ordinary Romans and set in the last days of the Roman Republic, the show brought us amazing acting 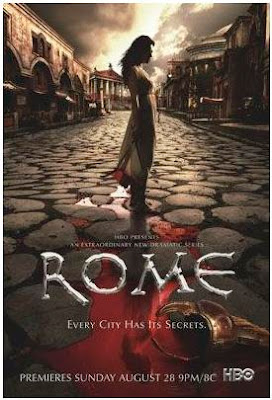 performances (especially from Polly Walker, Ciaran Hinds, James Purefoy, Kevin McKidd, Ray Stevenson and Simon Woods), highly exciting plot, marvelous direction, amazing action, terrific sets, lots of alluring and delightful nudity which played its purpose in depicting the era ... Although it had a huge success, after the filming of the second season the biggest studio ever to be used for a TV show was destroyed in a fire and the shooting of the third season was impossible even though the second season scored an even bigger success and ratings. The producers didn't know that the show will have such a tremendous success and thus the show was canceled with the second season leaving the audience hungry for more! The whole show cost around $100 million!


SPARTACUS BLOOD AND SEX
Although it was filled with naked titties, willies, ripping muscles and tight buttocks :) SPARTACUS BLOOD AND SAND was by no means superficial. Behind the outrageous visual feast which also included groundbreaking special effects, marvelous sets, mind 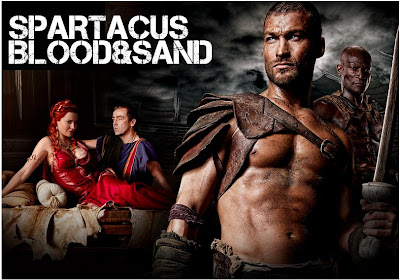 blowing costumes and thrilling fighting scenes, there was intelligently written plot full of highly refined twists, there was profound drama mixed with witty and quick dialogues, and above all there was masterful acting from Lucy Lawless and John Hannah who were unforgettable in their portrayal of Lucretia and Batiatus. Even the prequel SPARTACUS GODS OF ARENA was wonderfully done and shot. Second season SPARTACUS VENGEANCE will bring us Liam McIntyre as Spartacus instead of Andy Withfield. 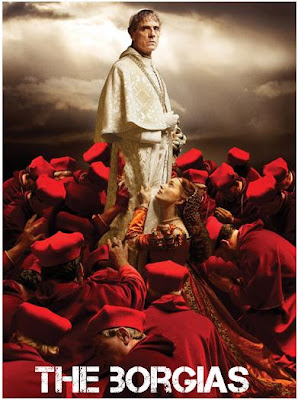 Although we can't say it managed to replace THE TUDORS as Showtime's new historical saga, THE BORGIAS weren't all that bad. Although the first six episodes were confusing, rather pointless, visionless and  had a terrible lack of direction (both behind the helm and in the screenwriter's seat) after the sixth episode when Neil Jordan gave up the director's seat to the much more talented Jeremy Podeswa, the show suddenly became dynamic, thrilling, sexy, lavish, quick and much more refined and it also finally gained a direction in which the story and the actors could flow more easily. 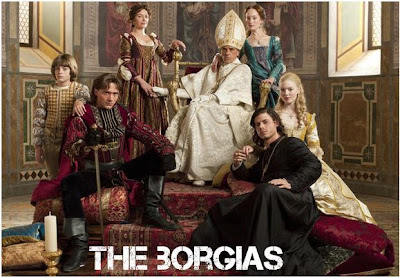 Jeremy Irons, as the pope in this story of intrigues and plots in one of the most famous papal families in history, gave a rather uninspired performance, but I did like Colm Feore as cardinal Rovere, and the young actors were also a pleasure to watch.


MESMERIZING LEGEND OF THE SEEKER 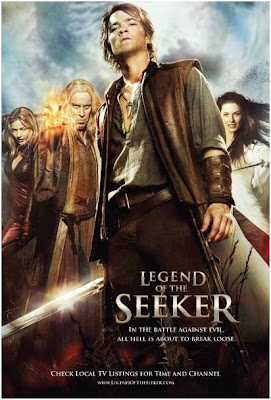 Even though the readers of the fantasy saga upon which LEGEND OF THE SEEKER show was based upon didn't like the adaptation, the show did manage to create its huge fanbase and thus it lasted for two successful seasons following the adventures of young hero Richard Cypher and his friends among wizards and sorcerers. The second, final, season was much better than the first one presenting the most breathtaking of sets and landscapes, mesmerizing costumes and some stunning visuals. The show also gave us one of the most impressive and memorable female warrior characters seen on TV ever since STAR TREK's Seven of Nine, 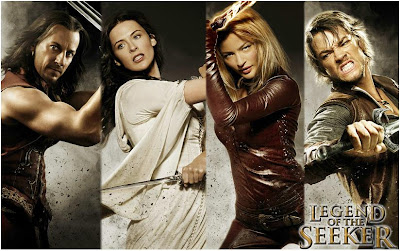 gorgeous Cara in the marvelous portrayal of unbelievably gorgeous Tabrett Bethell. Overly humorous character of wizard Zed was probably the weakest link in the show since it made the show less serious than it should be. Craig Parker as the main villain Darken Rahl was also outstanding and legendary.
Posted by DEZMOND at 12:00 AM