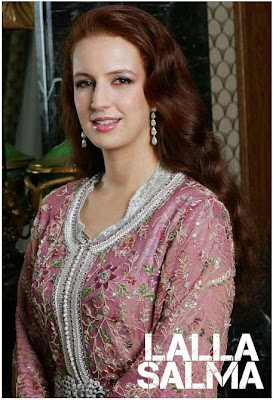 HOLLYWOOD SPY had a huge number of visitors, so I guess you like reading about royals. So how about a HOLLYWOOD SPY's guide through the list of hottest royals around the world. If you wanna marry a prince or a princess, or you just enjoy following their glamorous lives, here are some of the most stunning examples of gorgeous crowned heads.We shall start with the Islamic countries today and continue with others next time.

LALLA SALMA OF MOROCCO AND QUEEN RANIA OF JORDAN
Now these two are the most glamorous, the most beautiful and also the most refined and charismatic queens in the world. Salma of Morocco (33 like your spy) actually isn't a queen, although she 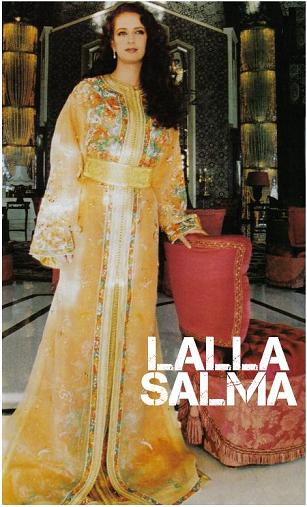 is the wife of Moroccan king Mohamed, since their country doesn't have queens. She uses the title of Lalla. Beside being beautiful and extremely stylish (while at the same time honoring the exotic tradition of her country by wearing opulent kaftans), Lalla Salma is also an educated woman. She is the first publicly acknowledged princess consort with a royal title in Morocco. She's a strong woman who lost her mother at the age of three but she still became a successful information services engineer before becoming Her Royal Highness. She and the King have two kids, crown prince Moulay Hassan (8) and princess Lalla Khadija (4). She is active in cancer organizations. 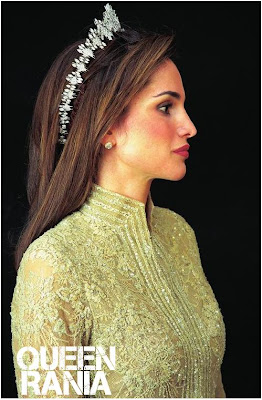 Queen Rania of Jordan (41) has pretty much continued the image of Jordan's profound, extremely elegant and beautiful queens started by queen Noor before her. As the wife of king Abdullah she fights for the education of children both in Jordan and around the world. She studied business before becoming the Queen. She got engaged to the King just two months after they've met.  They now have four kids, crown prince Hussein, prince Hasheem and princesses Iman and Salma. Unlike her husband's mother who remained just a princess consort, Rania's husband has 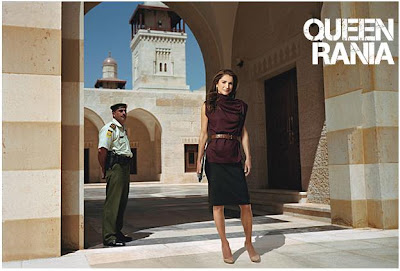 proclaimed her Queen after he became the King. She is one of the very few queens who have and use their Facebook and Twitter profiles.

SHEIKH RASHID OF DUBAI
And for my ladies, here's probably the hottest royal prince from the Arabic world: Sheikh Rashid bin Mohammed bin Rashid Al Maktoum or just Sheikh Rashid, is the eldest son of the ruler of Dubai, His Highness Sheikh Mohammed bin Rashid Al Maktoum. He was born in 1981. and is now considered one of the hottest royals thanks to his dashing looks, his education at 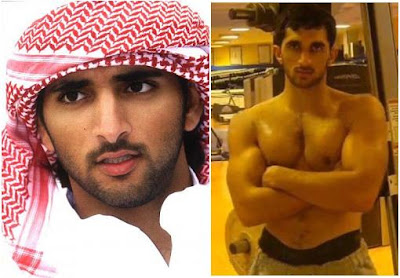 Sandhurst Military Academy in the United Kingdom, and his status of a successful athlete who has won a lot of laurels for his country at the major competitions. He is the president of UAE National Olympic Committee. It's interesting that he has equally dashing and attractive brothers Majid and Hamdan.
SO DO YOU HAVE SOME FAVOURITE CROWNED HEADS, AND DO YOU LIKE FOLLOWING STORIES ABOUT ROYAL FAMILIES?
Posted by DEZMOND at 12:00 AM