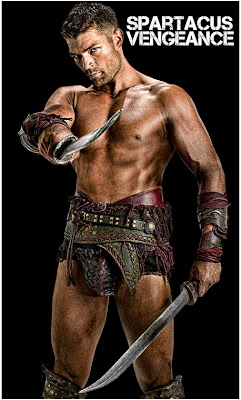 Starz has released the first image of Liam McIntyre as the new lead in SPARTACUS: VENGEANCE the second season which will air in January. Amazingly written, stunningly shot and marvelously acted show comes back following the rebellion of Spartacus and other slaves who will be roaming around Greece killing Romans and seeking justice. Many of the actors from the first season (and the amazing prequel GODS OF ARENA) will be back, so we shall see again amazing Craig Parker as legatus Glaber, Viva Bianca as his naughty wife Ilithyia, Nick Tarabay as cunning Ashur, Manu Bennett as brave Crixus and Peter Mensah as Doctore. Even though we thought she got killed 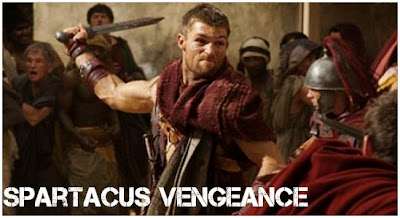 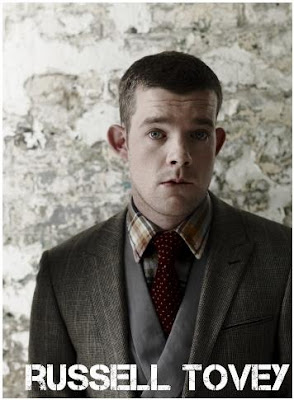 show to go into films as well. As "Dark Horizonts" reports, Russell Tovey will star in British urban thriller TOWER BLOCK written by DR.WHO's and TORCHWOOD's James Moran. The intriguing story will follow the inhabitants of the titular Tower Block 31, who witness a murder, but are too scared to come forward. A year later, a sniper begins targeting them, and they’re forced into a battle for survival. Beside our favourite Russell Tovey, the cast will also include Jack O'Connell (HARRY BROWN, SKINS) and Sheridan Smith.
_________________________________________________
Beloved British comedian Rhys Ifans has just joined JAMES BOND 23 cast, which already includes Javier Bardem and Ralph Fiennes, in an unknown role.  Speaking of Fiennes, after 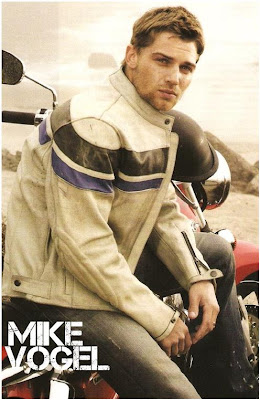 directing CORIOLANUS in Serbia, a film shooting for Oscars, he will now helm THE INVISIBLE WOMAN, a story about Charles Dickens' secret 13-year love affair with a woman he called Nelly. Dickens could be played by either Ben Whishaw or Daniel Day Lewis, while the front runner for Nelly is gorgeous Imogen Poots (CENTURION). One of ABC's top upcoming Fall shows PAN AM which will follow the stewardesses and pilots of the titular airline in the Jet Age of the 1960, has just added charming Mike Vogel to the cast lead by Christina Ricci. And check out the first teaser for the second season of THE WALKING DEAD which will premiere this Fall taking the survivors of the zombie apocalypse into the scorching hot zombie infested countryside.
Posted by DEZMOND at 12:00 AM