It's here, it's here, the first trailer for our second most awaited upcoming film JOHN CARTER! And it is beautiful, mesmerizing and deeply seductive. And also very mysterious and intriguing! I can't even describe how excited me is now :) This is the first live 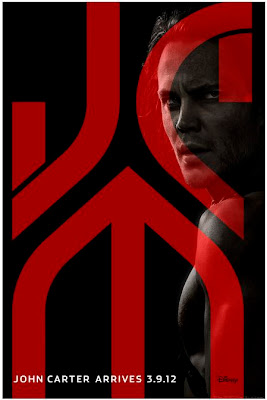 action film of amazing Oscar winner Andrew Stanton who brought us WALL-E, FINDING NEMO, TOY STORY  and A BUG'S LIFE ... This sweeping action-adventure set on the mysterious and exotic planet of Barsoom (Mars) is based on a classic novel by Edgar Rice Burroughs, whose highly imaginative adventures served as inspiration for many filmmakers, both past and present. The film tells the story of war-weary, former military captain John Carter (Taylor Kitsch), who is inexplicably transported to Mars where he becomes reluctantly embroiled in a conflict of epic proportions amongst the inhabitants of the planet, including Tars Tarkas (Willem Dafoe) and the captivating Princess Dejah Thoris (Lynn Collins). In a world on the brink of collapse, Carter rediscovers his humanity when he realizes that the survival of Barsoom and its people rests in his hands. 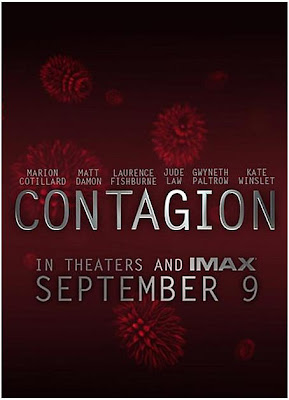 virus that kills within days. As the fast-moving epidemic grows, the worldwide medical community races to find a cure and control the panic that spreads faster than the virus itself. At the same time, ordinary people struggle to survive in a society coming apart. With a rather stellar cast including Kate Winslet, Jude Law, Gwyneth Paltrow, Marion Cotillard, Laurence Fishburne, the film reminds us on many scary epidemics which appear around the world at least once a year chilling our bones to the core. I must admit that given its huge budget and stellar cast, the trailer didn't do much for me. For now it seems like some TV movie, so I'm hoping some new trailer would bring more suspense and better dynamics. 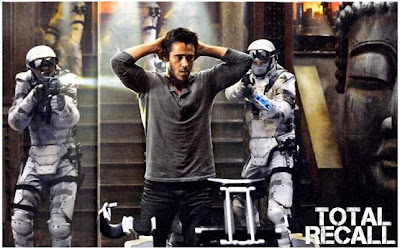 Farrell takes the role previously played by Arnold Schwarzenegger. As you know the sf flick also features Kate Beckinsale and Jessica Biel in the female roles.
Posted by DEZMOND at 12:00 AM