movie adaptation of AT SWIM TWO BIRDS, a novel by Irish writer Flann O'Brien. The story of the film follows a student who is writing a couple of stories that begin to intertwine, before the characters decide to rebel against their creator. It's interesting that this film, with a very complex plot which will connect Ireland's glorious past and grim present days, has three amazing Irish actors in its cast beside Fassbender - Cillian Murphy, Colin Farrell and Gabriel Byrne will all appear in the movie alongside Brendan's son Domhnall!
_________________________________________________
After Dwayne Johnson and Adrienne Palicki, a new actor who will join Channing Tatum in G.I. JOE 2: COBRA STRIKES, according to "MovieWeb" is Ray Stevenson.  Famous ROME 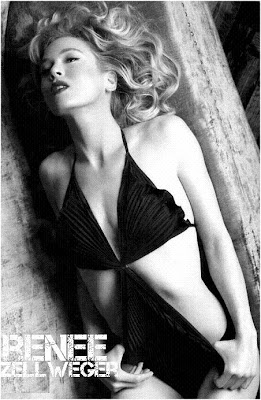 star, who has been active this year in THOR and in THE THREE MUSKETEERS as well, will play Firefly, a ninja working for the villainous Cobra Organization.  He is a saboteur and explosives expert wearing a red ninja outfit. According to "TheDailyMail" we could get the third part of the BRIDGET JONES DIARY. Paul Feig, the director of BRIDESMAIDS (with horrid and talentless Kristen Wiig and delightful Melissa McCarthy) is negotiating to helm the film with Renee Zellweger. Everything is still just a gossip but the film will apparently have Bridget hoping to become pregnant but not knowing with whom - with Colin Firth or with Hugh Grant.
_________________________________________________
Although I don't like the extremely unlikable Mia Wasikowska, the trailer for RESTLESS does promise a possibly enchanting film. To premiere this September, the film directed by famous Gus Van Sant, also stars charming young Henry Hopper, the son of late 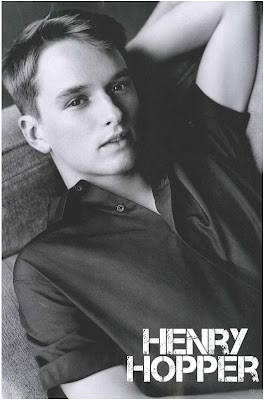 Dennis Hopper in the story about a terminally ill teenage girl who falls for a boy who likes to attend funerals. Although deadly ill, she is still full of love of life and nature, and he is disappointed in life after he lost his parents in an accident. When these two outsiders chance to meet at a funeral, they find an unexpected common ground in their unique experiences of the world. For Enoch, it includes his best friend Hiroshi who happens to be the ghost of a Kamikaze fighter pilot. For Annabel, it involves an admiration of Charles Darwin and an interest in how other creatures live. Upon learning of Annabel's imminent early passing, Enoch offers to help her face her last days with an irreverent abandon, tempting fate, tradition and even death itself.