HOLLYWOOD SPY SPOTLIGHTS: BONE CHILLING "RISE OF THE PLANET OF THE APES" WITH JAMES FRANCO, BRIAN COX AND FREIDA PINTO READY TO PREMIERE THIS AUGUST! 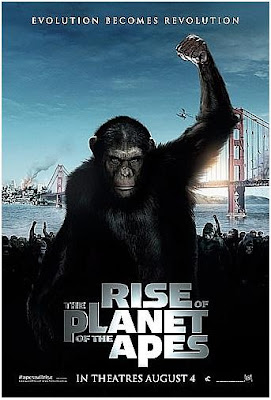 One of the films that will spice up the end of summer in August is RISE OF THE PLANET OF THE APES which basically brings a completely new take on one of 20th Century Fox's most beloved and successful franchises. The film is an origin story in the truest sense of the term. Set in present day San Francisco, it is a reality based cautionary tale, a science fiction/ science fact blend, where man's own experiments with genetic engineering lead to the development of intelligence in apes and the onset of a war for supremacy. 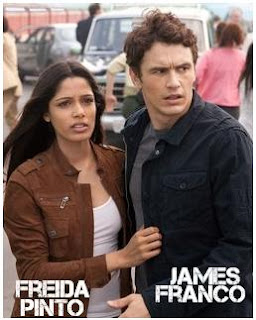 of the groundbreaking technologies developed for Avatar, will render, for the first time ever in the film series, photo-realistic apes rather than costumed actors. Tobey Maguire refused the lead role which then went to James Franco. The budget of the film was around $90 million!The film should premiere August 5th in cinemas around the world at the end of the summer blockbuster season. The slogan of the film is rather chilling and scary saying - Evolution Becomes Revolution! 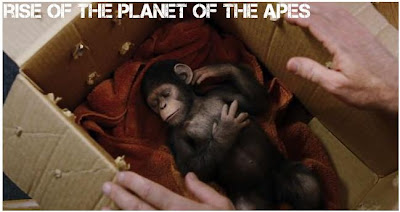 THE STORY OF THE FILM
Will Rodman (James Franco) is working on a cure for Alzheimer's by performing tests on apes. The first test subject is Caesar: it genetically modifies his way of thinking to create a new breed of ape with human-like intelligence. Caesar learns well, but human authority continues to test him and contain him.

He eventually proves smart enough to break free from his cage and release the cure among other apes, affecting other apes like Caesar. Millions of apes begin to rally up a revolution. Soon, war breaks out between humans and apes. Rodman may be the only one able to stop them before the ape revolution succeeds in them becoming the dominant species on the planet.

Directed by Rupert Wyatt the film stars James Franco, Freida Pinto (whom we shall watch this year in IMMORTALS as well), Brian Cox, John Lithgow and Andy Serkis who gave life to the ape Caesar like he did to Gollum in LORD OF THE RINGS. I must admit that the first two trailers were horrid and they left me totally uninterested in seeing the film, but the fresh third one is absolutely magnificent and it left me speechless and a bit shaken. Check it out bellow: