1ST TRAILER FOR SF FILM "IN TIME" WITH JUSTIN TIMBERLAKE & AMANDA SEYFRIED! FRANK FRAZETTA'S "FIRE AND ICE" TO GET A FILM! WOLVERINE WILL FIGHT AGAINST SILVER SAMURAI! "VOLTRON" & "SHRAPNEL" FILMS!

The story which HOLLYWOOD SPY wrote about more than a year ago has been confirmed at the Comic Con according to "MovieWeb": Robert Rodriguez will make a live action film out of late 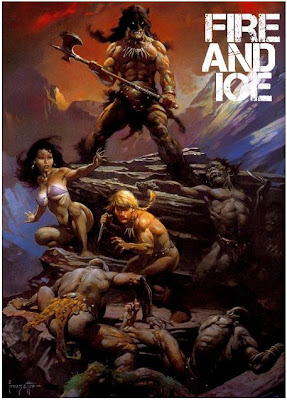 fantasy artist Frank Frazetta's FIRE AND ICE saga. The story starts when a tiny village gets destroyed by a surging glacier, which serves as the deadly domain for the evil Ice Lord, Nekron. The only survivor is a young warrior, Larn, who vows to avenge this act of destruction. The evil continues, however, as Nekron's palace of ice heads straight towards Fire Keep, the great fortress ruled by the good King Jarol. When Jarol's beautiful daughter, Teegra, is abducted by Nekron's sub-human ape-like creatures, Larn begins a daring search for her. What results is a 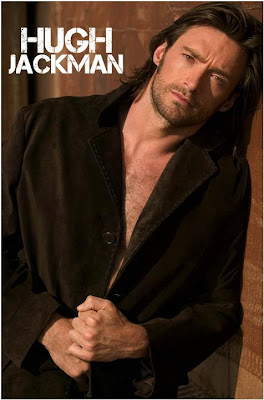 tense battle between good and evil, surrounded by the mystical elements of the ancient past.
____________
Speaking at Comic Con, Hugh Jackman has revealed that the main villain in WOLVERINE will be Silver Samurai, the mutant son of a former Japanese crimelord! Coming out in 2012 the film will be directed by James Mangold. Also officially announced at Comic Con is the film adaptation of VOLTRON, popular animated show which follows five young warriors who defend the galaxy as pilots of a battalion of ultra-high-tech Robot Lions, powerful vessels with the ability to join 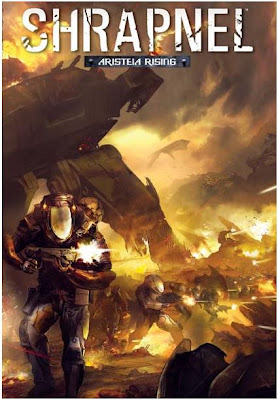 together to form a fearsome mega-weapon known as Voltron: Defender of the Universe. Although all of her films were huge flops, and she never justified her Oscar nor won the love of cinemagoers, Hilary Swank will star in the film adaptation of sf comic book SHRAPNEL according to "Variety"! Set in the year 2250, the story follows a former Solar Alliance Marine who leads an uprising on Venus, the last free colony, against an oppressive solar government in order to fight for the freedom of her people.
__________________________________________________
It's finally here, the first trailer for sf film IN TIME by amazing director Andrew Niccol most famous for his master piece GATTACA. Featuring all of Hollywood's hottest young stars - 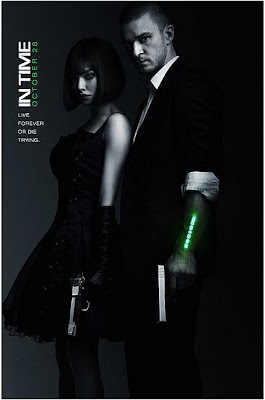 Justin Timberlake, Amanda Seyfried, Alex Pettyfer, Olivia Wilde, Cillian Murphy, Vincent Kartheiser - the film is set in the not-too-distant future in which the aging gene has been switched off. To avoid overpopulation, time has become the currency and the way people pay for luxuries and necessities. The rich can live forever, while the rest try to negotiate for their immortality. Timberlake plays a poor young man who comes into a fortune of time and then ends up on the run from a corrupt police force known as 'time keepers'. Check out the trailer for the film which premieres this October!
Posted by DEZMOND at 12:00 AM