Ah, here it goes again. You remember how I recently noticed that some stars have started taking up roles in some cheap B-league 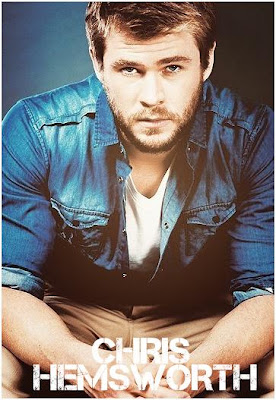 action flicks? Well it seems the same is happening with Chris Hemsworth. After the stellar success in THOR, STAR TREK he got the lead role in SNOW WHITE AND THE HUNTSMAN and instead of searching for new roles in big blockbusters like those, he will now star in RUSH, a drama about Formula 1 racer Niki Lauda, but Chris won't even play the lead role but the role of Lauda's fellow racer James Hunt who was also his big rival. The film could be directed by Ron Howard. Double yawn if you ask me :(
__________________________________________________
According to "Variety", Warner Bros. has bought the script for HAUNTED, a story of a haunted house but with interesting twist - it is told from the ghost's point of view :) It was written by SUPERNATURAL 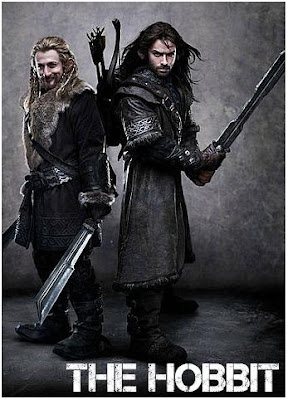 producer. Peter Jackson keeps releasing pictures of the dwarves which will appear in THE HOBBIT, and the brand new one shows our dear British actor Aidan Turner (the vampire from BEING HUMAN) as Kili and Dean O'Gorman as Fili. Two of the youngest dwarves, Fili and Kili have been born into the royal line of Durin and raised under the stern guardianship of their uncle, Thorin Oakensheild. As skilled fighters, both brothers will set off on their adventure armed with the invincible courage of youth neither being able to imagine the fate which lies before them.
_________________________________________________
Almost a year ago I've posted the first trailer for charming animated film ARTHUR CHRISTMAS and now I have the second one for you.  The film sets out to answer the question of how Santa Claus delivers all his presents in one night. James McAvoy will 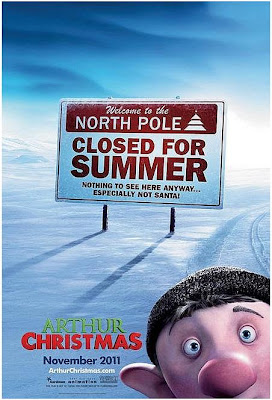 give voice to Arthur, the good-natured but clumsy younger son of Santa Claus who seems to be the only member of the family still enamored with the magic of Christmas. Hugh Laurie will play Arthur's older brother Steve, heir to the reins, a cool, incredibly capable guy who has given the North Pole high-tech efficiency, military-style precision. Jim Broadbent plays the big man in red himself who finds himself taking a backseat to the major operation that preparing for Christmas has become. Bill Nighy will voice the 136-year old Grandsanta, a cranky old codger who hates the modern world and liked Christmas better back in the day. Imelda Staunton will be Mrs. Santa and Ashley Jensen will play Bryony, a lowly elf from the Giftwrap Battalion, with an eager-to-please attitude and an obsession with wrapping and bows. The film is out November 2011.
Posted by DEZMOND at 12:00 AM