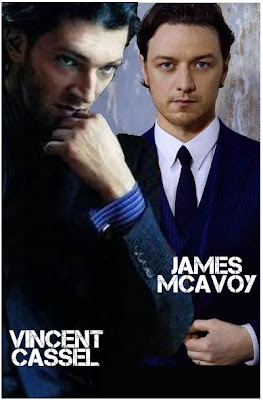 Rosario Dawson to the cast. McAvoy and Cassell will play two partners who come up with an elaborate art heist while Dawson will play a woman who has a relationship with both of them. The story centers on an assistant at an auction house (McAvoy) who masterminds a heist and joins a group of thieves to steal a valuable painting. He's the key in the gang since he's the only one who knows where the painting is. Unfortunately, he then gets a hit in the head and wakes up with amnesia so that he cannot remember where the painting is hidden. After he fails to recall his lost memory, the gang hire a female hypnotist to get into his brain. 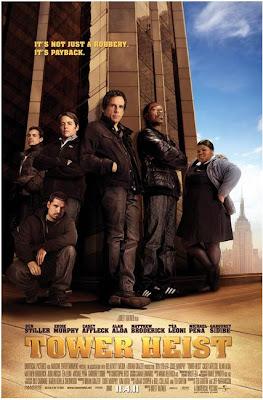 this November, TOWER HEIST revolves around the workers at a luxury Central Park condominium who, after they discover that they have fallen victim to the penthouse billionaire's Ponzi scheme,  plot the ultimate revenge: a heist to reclaim what he took from all of them, but since they know nothing about stealing money they must seek help from a heist expert played by Eddie Murphy. As you can see from the trailer the cast includes a rather strange combination of Ben Stiller, Eddie Murphy, Matthew Broderick, Tea Leoni, Cassey Affleck and an Oscar winner Gabourey Sidibe. 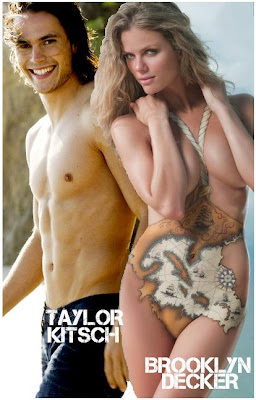 May, and starring a bunch of deadly gorgeous peopleTaylor Kitsch, Alexander Skarsgard, Josh Pence, Brooklyn Decker and that screaming pop tart Rihanna, the film is actually a movie adaptation of the famous game. The film is directed by Peter Berg and follows a fleet of ships and their crews which are forced to do battle with an armada of unknown origin in order to discover and thwart their destructive goals. As you know, young Taylor Kitsch will also star in JOHN CARTER sf epic next year, so you will be seeing him as a breakthrough star in 2012. I think he looks much better with the new army hairdo.
LINK OF THE DAY Don't forget to pop over to Joshua's place since today he has one of the most touching posts I've ever read!
Posted by DEZMOND at 12:00 AM