Well, our poll in which we were voting for THE HOTTEST 2011 SUMMER ACTOR is over and the proud winner is Chris Hemsworth with 32% of your votes, leaving Ryan Reynolds 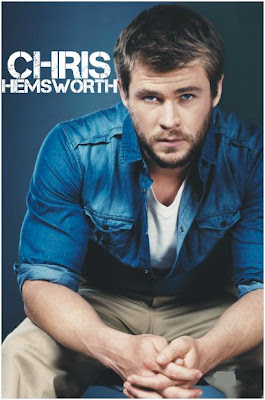 with 26% in the second place and Jason Momoa with 14% in the third!

Remember a year ago when I told ya all that ladies will faint and gents will applaud when the new THOR comes out with the hunkilicious Australian star Chris Hemsworth and nobody believed me? :) And now, after THOR has earned almost half billion dollars in cinemas, Chris has become the hottest item in Hollywood. A few years ago when he had a five minute role in STAR TREK as Kirk's father, he really used that moment to steal the show and that's how he got the THOR role and the rest is history. Now, thanks to his talent, abnormal charisma and the looks 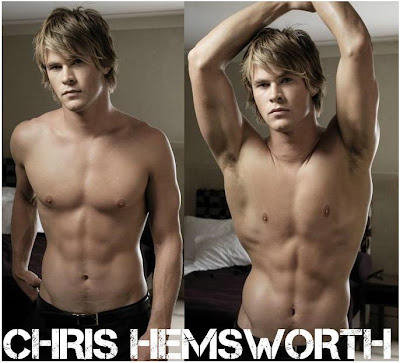 of a Norse God, he is getting all the hottest roles: we shall watch him in the lead male role in SNOW WHITE AND THE HUNTSMAN which will probably turn into a trilogy, and again as Thor in THE AVENGERS which will gather a bunch of superheroes in one film! 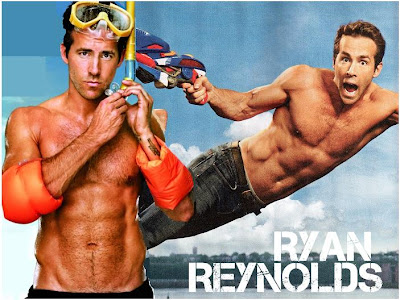 the most charming and lovable actors in Hollywood. So charming and cool that everybody is giving him super hero roles, so beside this year's GREEN LANTERN he will also do a DEADPOOL spin-off. And although we like him in romantic films (THE PROPOSAL) his upcoming movies are 100% cop, detective and action ones. He recently divorced Scarlett Johansson so he is free and available  ;) 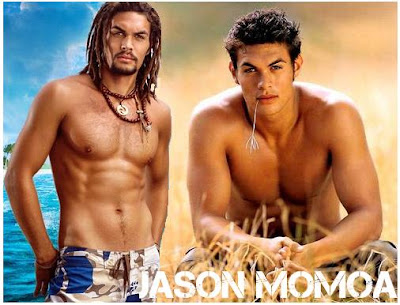 You will watch, both his muscly body and his magnetic charisma, in CONAN THE BARBARIAN this August, and you also remember him from BAYWATCH, where he basically started his career and from STARGATE ATLANTYS. If you didn't know, he is from Hawaii :) 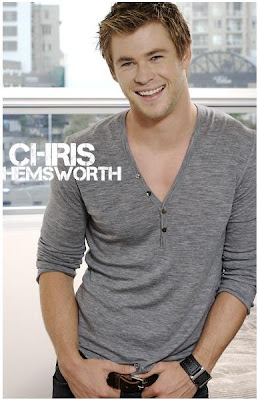 After we made our ladies happy with the hottest summer actor, let us move to the poll in which we will be choosing THE HOTTEST SUMMER 2011 ACTRESS in next two weeks. Here are the girls who have been spicing up this summer with their movie roles: Olivia Wilde (COWBOYS & ALIENS), Blake Lively (GREEN LANTERN), Mila Kunis (FRIENDS WITH BENEFITS), Jennifer Lawrence (X MEN FIRST CLASS), January Jones (X MEN FIRST CLASS), Cameron Diaz (BAD TEACHER), Jennifer Aniston (HORRIBLE BOSSES) and Rachel Nichols (CONAN THE BARBARIAN). Vote on for the hottest!
Posted by DEZMOND at 2:11 PM