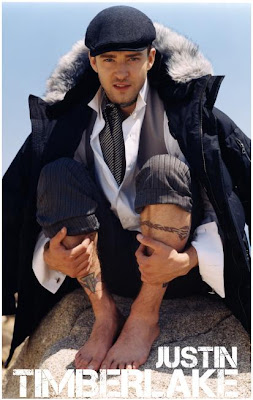 According to "Empire" our dear Justin Timberlake could take the lead role in FULLY AUTOMATED, a Joel Silver action thriller following two fresh-faced coppers who team up with a female Delta Force operative to take down a crazed mercenary with violent plans. After his extremely charming roles in BAD TEACHER and FRIENDS WITH BENEFITS this year, it seems Justin is going all action now. Empire also reports that another hunk, Tom Hardy could play Al Capone in CICERO which finds a young Capone making his way up the criminal hierarchy. Warner Bros. is even considering making this a trilogy which would follow the rise, rule and fall of the famous mobster.
___________________________________________________ 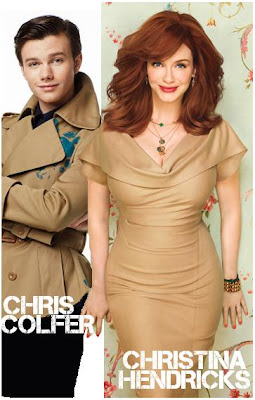 If you like both GLEE and MAD MEN you will like a new film called STRUCK BY LIGHTNING. Based on the script written by GLEE's most popular member Chris Colfer, and staring also Christina Hendricks from MAD MEN, the film will see Chris Colfer's character being killed by a bolt of lightning in the opening moments of the movie. The rest of the movie is told through flashbacks and shows how the character blackmails his high school classmates into contributing to a literary magazine he is creating. The cast will also include Dermot Mulroney.
___________________________________________________
When it comes to new videos, today you have the honour of viewing the first trailer for Martin Scorsese's new film HUGO 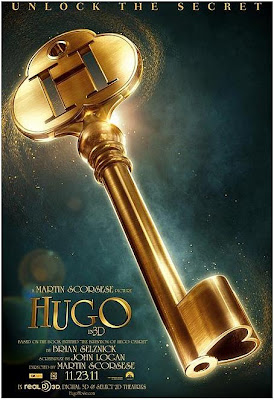 which tells the story of an orphan boy living a secret life in the walls of a Paris train station. With the help of an eccentric girl, he searches for the answer to a mystery linking the father he recently lost, the ill-tempered toy shop owner living below him and a heart shaped lock, seemingly without a key. Based on the bestselling and award winning book from Brian Selznick this movie, coming out this November, has Jude Law, Ben Kingsley, Christopher Lee and Ray Winstone in the cast. The film was shot in 3D. The trailer features some really lovely visuals and some totally unfitting music.
Posted by DEZMOND at 12:00 AM