Here's one for those of you who love BBC's enchanting mini series: scheduled for Christmas 2011 is their version of THE GREAT EXPECTATIONS (don't mix it up with the film version coming up with Helena Bonham Carter and Ralph Fiennes) in which Gillian Anderson will play the rich miss Havisham, 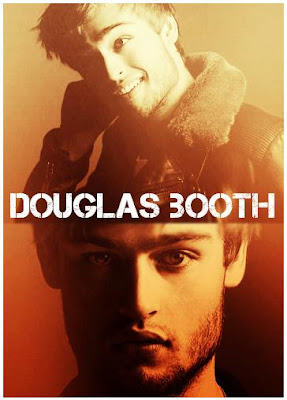 Ray Winstone is evil Magwitch in the cast which will also have David Suchet (famous Poirot) and Mark Addy (from GAME OF THRONES). Young Douglas Booth, whom we shall soon see in new ROMEO AND JULIET, is taking the lead role of orphan Pip. Speaking of Romeo and Juliet, Fox is doing a film adaptation of ROSALINE, Rebbeca Serle's novel a retelling of Romeo and Juliet, set in the 16th century and following Rosaline Caplet, who is in love with her best friend, Rob Monteg. Rosaline's beautiful cousin, Juliet, steals Rob away, as revenge for Rosie's uncle having an affair with her mother years before. Rob eventually wants to win Rosie back, but she already has her eye on the quirky Ren.
___________________________________________________
One of the films we are looking for this summer is visually breathtaking and action packed remake of CONAN THE 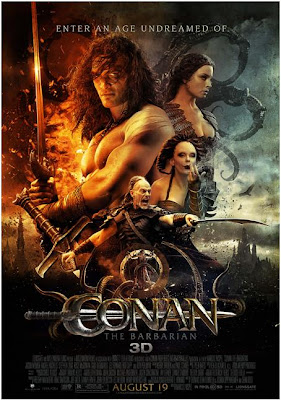 BARBARIAN with Jason Momoa, gorgeous Rachel Nichols, Rose McGowan and Ron Perlman, and today you can check out a brand new, totally amazing, poster for the film. According to latest rumors Naomie Harris (PIRATES OF THE CARIBBEAN)  will not be a Bond girl but Miss Moneypenny in the new JAMES BOND 23. As you know Javier Bardem will probably play a villain and Ralph Fiennes will also play a rather grim character beside James Blond Daniel Craig.
__________________________________________________
And I've finally found some time to show you the second trailer for THE THREE MUSKETEERS which premieres this October. As you remember, although we didn't expect much from it, the first 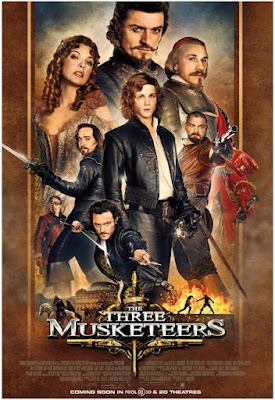 trailer managed to surprise the audience in a positive way bringing lots of entertaining steampunk elements and stunning visual images into the old tale.  Another news is that British band Take That are singing the lead song for the film which will be called "When We Were Young". If you remember Take That also had a beautiful "Rule The World" song in STARDUST, and they also had the lead song in X-MEN FIRST CLASS this summer. As you know the film will star Logan Lerman, Luke Evans, Orlando Bloom, Matthew McFadyen, Ray Stevenson, Christoph Waltz, Mads Mikelsen, Milla Jovovich ....
Posted by DEZMOND at 12:00 AM