I think that today we shall have a photo Monday, since I have a tone of brilliant new images to show you, so here we go: first you can check out a brand new poster for Tarsem's Greek epic 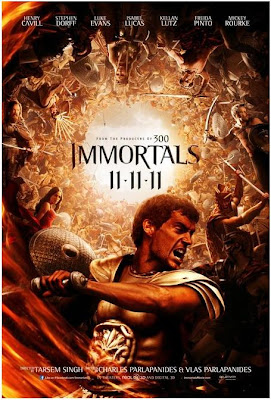 IMMORTALS which leaves me absolutely breath taken! You can see Henry Cavill as Theseus in the heat of the battle surrounded above his head with all other characters (Freida Pinto, Stephen Dorff) from the film and all the Greek Gods (Luke Evans, Kellan Lutz) who are helping him in his battle against evil king Hyperion (Michey Rourke)! The film will sweep the box offices this November! And the latest reports state that the journalists who were shown some footage from the film this weekend at Comic Con were all left stunned, dazzled and absolutely amazed by the revolutionary usage of visuals and 3D technique!
_____________________________________________
After Tarsem has amazed us with the first image of Lily Collins in his SNOW WHITE project last week, this weekend has brought us first images from the rival SNOW WHITE AND THE HUNTSMAN project too.But unlike the first film which will be a 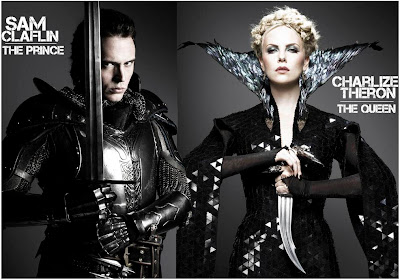 visually spectacular mix of fantasy, fairy tales and comedy, the second one looks dark, grim and less promising (due to the lead actress): the images show costumed cast - Charlize Theron as the Evil Queen, Sam Claflin as the prince and Chris 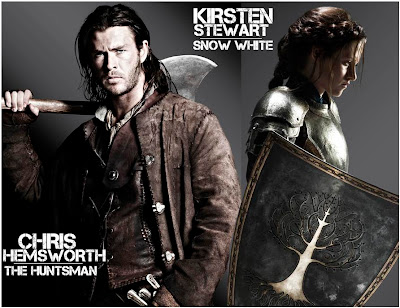 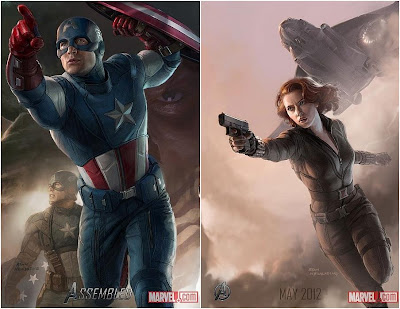 biggest superheroes in one movie: Chris Evans as Captain America, Chris Hemsworth as Thor, Jeremy Renner as Hawkeye, Scarlett Johansson as Black Widow, Robert Downey Jr as Iron Man .... After a bootlegged trailer from last week, we are 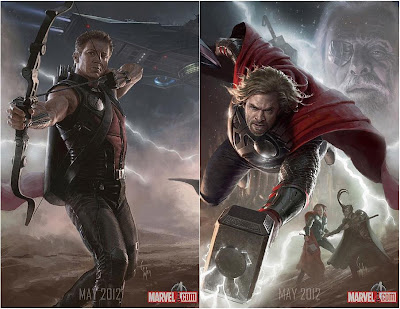 expecting an official one to come up soon! The film is currently in production! Click each of the images in the post to see them in bigger size! 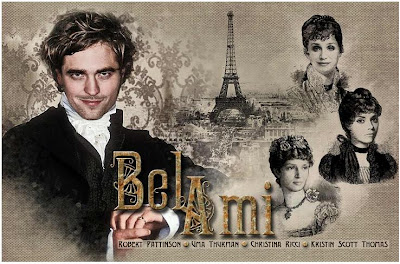 century Paris this film will chronicle a young man's rise to power in the French capital via his manipulation of the city's most influential and wealthy women who will be, judging from the trailer, marvelously portrayed by Uma Thurman, Christina Ricci and Kristin Scott Thomas.
Posted by DEZMOND at 12:00 AM