As "MovieWeb" reports Robert Zemeckis will direct HERE THERE BE MONSTERS, which will center on Revolutionary War hero John Paul Jones, but some gigantic sea monsters will also be featured in the story. The latest addition to G.I. JOE 2: COBRA STRIKES cast is Joe Mazzello whom we remember as the 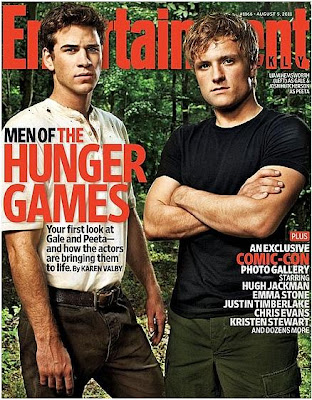 little kid from JURASSIC PARK. He is now a grown up man and he will take the role of Mouse, a teen hunk who is apparently a big charmer and should attract teen girls to see the film. As you remember, the film already has Dwayne Johnson, Channing Tatum and Adrianne Palicki. The new issue of "Entertainment Weekly" features the first look on Josh Hutcherson and Liam Hemsworth, the male leads in THE HUNGER GAMES. I must admit I don't like the way they dyed Josh's hair blond.
_________________________________________________
First concept art for Robert Rodriguez' remake of FIRE AND ICE, which he announced at Comic Con, has been released by

"Entertainment Weekly". Based on the work of famous Frank Frazetta, the film should start shooting next year. The epic starts when, up from his stronghold in Ice Peak, the evil Nekron sends 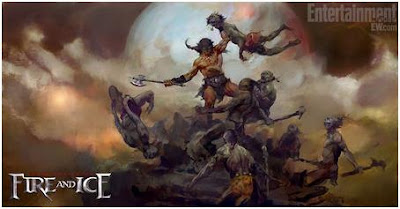 forth a wave of deadly glaciers, forcing humanity to retreat to Fire Keep, a kingdom ruled by a generous king. When King Jarol's daughter Teegra is kidnapped, young warrior Larn teams with the 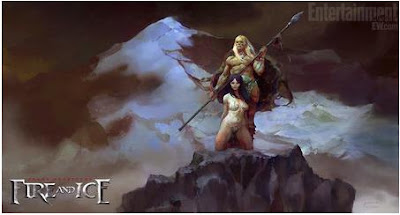 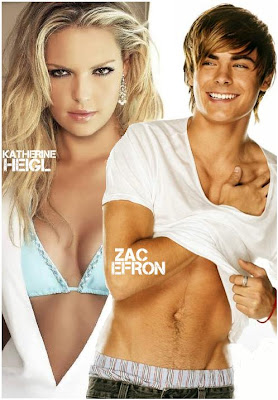 by famous Garry Marshall, will be similar to his previous film VALENTINES' DAY and will follow the lives of several couples and singles in New York which will intertwine in an unusual way over the course of New Year's Eve. The stellar cast includes Katherine Heigl, Robert De Niro, Jake Gyllenhaal, Zac Efron, Ashton Kutcher, Jessica Biel, Sophia Vergara, Michelle Pfeiffer, Taylor Swift, Sarah Jessica Parker, Jon Bon Jovi, Til Schweiger, Josh Duhamel, Ryan Seacrest and many others! The trailer promises one of those charming and magical festive uplifting films!
PS have you noticed that Blogger has given us an option to install our own favicons (the small pic which appears up beside the address of your site) at the design page? I've put this little green flower of mine. Hope you like it :)
Posted by DEZMOND at 12:00 AM