COLIN FIRTH, JAMES MCAVOY, MICHAEL FASSBENDER AND SCARLETT JOHANSSON IN "TRANCE"! "HOW TO DEFEAT YOUR OWN CLONE" FILM! IS "CAPTAIN AMERICA" ALREADY GETTING A SEQUEL?

Well, this could end up being a film with a very interesting cast: according to "Aceshwobiz" both Colin Firth and Scarlett Johansson could take roles in British heist film TRANCE to be 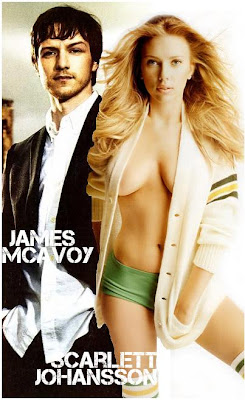 directed by Danny Boyle (TRAIN SPOTTING). The film already has James McAvoy and Michael Fassbender in the cast and Scarlett and Colin could join them, although there are rumors that Firth might actually replace Fassbender. The story centers on an assistant at an auction house who masterminds a heist and joins a group of thieves to steal a valuable painting. He's the key in the gang since he's the only one who knows where the painting is. Unfortunately, he then gets a hit in the head and wakes up with amnesia so that he cannot remember where the painting is hidden. After he fails to recall his lost memory, the gang hire a female hypnotist to get into his brain.
_________________________________________________
According to "MovieWeb" Dimension Films has acquired rights for the movie adaptation of the bestselling book HOW TO DEFEAT YOUR OWN CLONE.  In the year 2013 the first 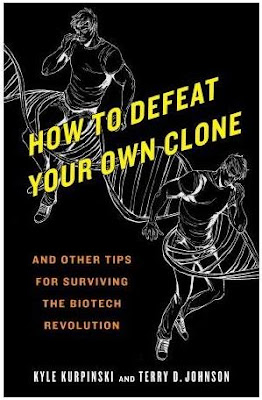 human clone was created and within years clones were in most homes only to be taken advantage of by their human owners and treated as slaves. Following a revolution, civil war erupted between Mankind and their Clone creations who were fighting for their freedom. The Clones won. In this new world where Clones dominate, the film will follow Ethan on his quest to turn the tide of the war back in our favor against impossible odds. Clones may have the same DNA blueprint as humans, but they are younger, stronger, healthier and more evolved. Is Mankind prepared to outsmart and defeat their own clones?
_______________________________________________
I don't know if you've noticed, but almost all of this summer's big blockbusters will get sequels. GREEN LANTERN is getting second part (hopefully with Blake Lively as Star Sapphire), THOR is 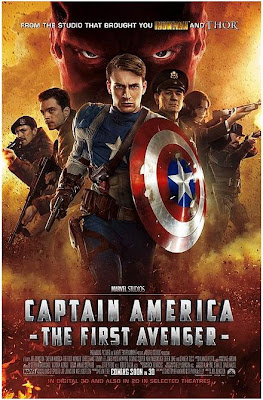 getting a sequel (but without its director Kenneth Branagh), and TRANSFORMERS and PIRATES OF THE CARIBBEAN will probably get their gazillionth sequels since they've become the biggest earners at the box office. Judging from the interesting clip bellow, it seems that CAPTAIN AMERICA THE FIRST AVENGER could also get its sequel if it performs well on July 22nd. Although it is set in the WW2 the film features scenes in which Chris Evans is shown in the modern day (in the clip bellow he is discovered frozen in the ice in the modern days), which means that the second part of the film could be made with Captain America set in our days. And as you know, Captain America will also appear beside other superheros in THE AVENGERS which comes out in 2012.
Posted by DEZMOND at 12:00 AM