After two weeks of voting we have chosen THE BEST ROMANTIC ACTRESS and it's Drew Barrymore with 28% of your votes, followed by Sandra Bullock (20%), Katherine Heigl and Amy Adams (both 13%).
Drew Barrymore really is one of a kind in Hollywood: at the same time she is a goof everybody loves, a romantic cutie pie everyone cheers for, a witty girl that isn't ashamed to show  her tender and her humorous and vulnerable side. 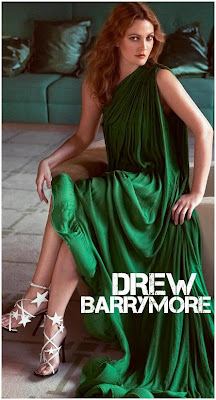 Although her romantic movies don't bring as much money at the box office as Sandra Bullock's or Jennifer Aniston's, it's true that they are the ones we remember even ten years after we have seen them. She has so many memorable, unforgettable, heart warming romantic comedies: she will always be our Cinderella from the enchanting tale EVER AFTER, and we shall never forget the scene when she finally appears at the ball in the medieval castle wearing a sparkly gown with those magical butterfly wings. She will always be our girl who has NEVER BEEN KISSED, in the cutest romcom of all times in which we've all cheered for the love of the eternal social outsider and her dashing professor. We shall never forget her 50 FIRST DATES when Adam Sandler had to fight for her love since she only had a short term memory. Even us, who don't know a thing about baseball got into FEVER PITCH when she had to choose between the real love and the love for a sports team. We sang and laughed with her and Hugh Grant 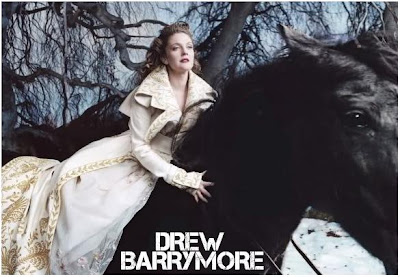 in MUSIC AND LYRICS. She was adorable trying to (mis)read and predict the behaviour of people in love in HE'S JUST NOT THAT INTO YOU.  And we saw her proving how love can cross any distance in GOING THE DISTANCE. In 2012 she will try to save whales who have become trapped under the ice of the Arctic Circle while finding some love too alongside John Krasinski and Dermot Mulroney in EVERYBODY LOVES WHALES.
Unfortunately, it seems our darling Drew doesn't have the same luck when it comes to romances in her private life. She is known for being married twice in marriages which lasted less than a year in both cases. She is currently in love with Justin Long in an on and off relationship. 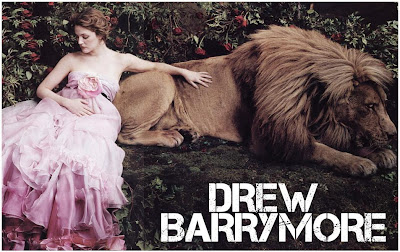 Now since we've heard this weekend that Henry Cavill is the new SUPERMAN, what do you think WHO SHOULD BE NEW LOIS LANE? Here are the candidates you can vote for next two weeks as much as you want: Emily Blunt (THE YOUNG VICTORIA, WOLFMAN), Hayden Panettiere (HEROES), Alexis Bledel (GILMORE GIRLS), Rachel Bilson (O.C.), Milla Kunis (BLACK SWAN), Imogen Poots (CENTURION), Rose Byrne (TROY), Camilla Belle (10,000 BC), Teresa Palmer (MAD MAX, I AM NUMBER FOUR) or Malin Ackerman (WATCHMEN whose name has already appeared in gossips around the net).
Posted by DEZMOND at 11:02 AM