Attention all sf lovers! According to "MovieWeb" Ryan Gosling is close to signing the deal to take the lead role in the remake of the sf classic LOGAN'S RUN 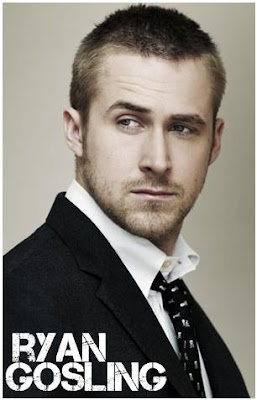 set in a domed utopian society which is protected from the fallout of the 23rd Century apocalypse. Although the residents live in utter peace and harmony, everyone is required to die at age 30. Gosling will play Logan 5, a man whose job is to catch those who try to escape their requisite death. As Logan 5 approaches his own death sentence, he goes on the run from his coworkers.

Now, I've told you before that my favourite Wentworth Miller is also a screenwriter, and  now his script STOKER will be made into a film 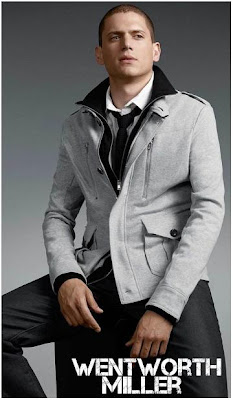 with Nicole Kidman and Colin Firth. It will be a mystery-drama about a moody teenager whose mysterious uncle (Firth) comes back into her family's lives after the death of her father. Kidman will play the mother. The film will be directed by famous Korean director Park Chan-wook.

According to "Playlist" her imperial majesty Judi Dench (everybody bow immediately) has joined BETTER LIVING THROUGH CHEMISTRY, a strange new thriller about a pharmacist (Jeremy Renner) who begins a prescription drug-fueled affair with a trophy wife (Jennifer Garner) that leads to the two plotting to kill her husband. 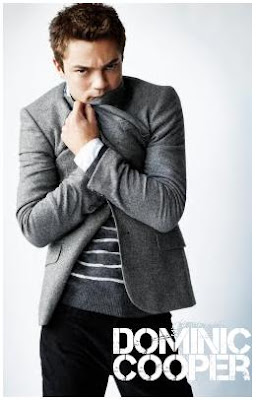 SHORT HEADLINES *Novel THE HOST, which Stephenie Meyer wrote after TWILIGHT saga, will be adapted by Andrew Niccol,  following a girl who discovers her body has become a host for an alien soul. *Well, if you ask me, from a possible blockbuster, the casting choice has turned ABRAHAM LINCOLN THE VAMPIRE HUNTER into just another vampire flick. After choosing unknown Benjamin Walker instead of Eric Bana or Tom Hardy for the lead role, the producers have now chosen Dominic Cooper (not that we don't like him) instead of  Joaquin Phoenix as Abraham's teacher in fighting vampires. 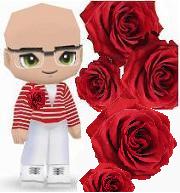 And HOLLYWOOD SPY expects you to make some sweet sweet love today (if possible many times) since it's St Valentines. So go on and seduce your wives, hubs, girlfriends, boyfriends ... or some sexy strangers if you find a volunteer :) HOLLYWOOD SPY loves you and there's nothing you can do about it!
Posted by DEZMOND at 12:39 AM