IS MORENA BACCARIN THE WASP IN "THE AVENGERS"? SAM WORTHINGTON & EVA MENDES IN "LAST NIGHT". JULIA ROBERTS IS THE EVIL QUEEN IN "SNOW WHITE". JULIAN ASSANGE GETS A FILM

The hottest superhero news of the day is that THE AVENGERS will have a new female character: it seems that Nick Fury (to be played by Samuel L. Jackson) will have a female partner while joining Thor (Chris Hemsworth), Captain America (Chris 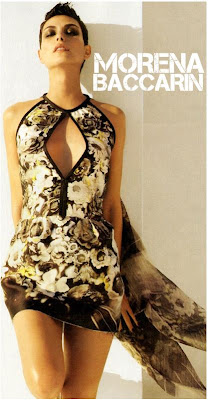 Evans), Hulk (Mark Ruffalo), Iron Man (Robert Downey Jr) and Hawkeye (Jeremy Renner) in the super hero extravaganza. And according to fresh news, lovely Morena Baccarin (V, FIREFLY) has already screen tested for that role. It's been said previously that Scarlett Johansson's Black Widow will be the only major female hero in the cast, but according to rumors Morena could play Janet van Dyne a.k.a The Wasp.

This spring will bring us a new drama LAST NIGHT with an interesting cast: Sam Worthington, Eva Mendes and Keira Knightley star in the story which centers on a married couple apart for an evening when the husband (Sam) takes a business trip with a colleague (Eva) to whom he's attracted. While he's resisting temptation, his wife (Keira) encounters her past love. 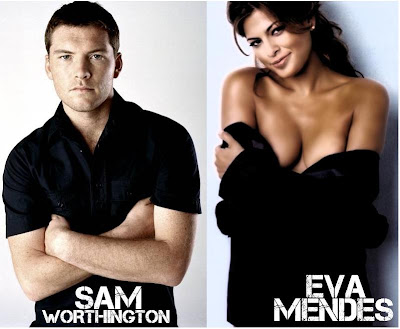 SHORT HEADLINES Julia Roberts is in final negotiations to take the role of the Evil Queen in Tarsem Sing's THE BROTHERS GRIMM: SNOW WHITE in which Snow White bands together with the Seven Dwarfs to take on the Evil Queen after she kills Snow White's father and destroys their kingdom. The biggest hero of all freedom loving world Julian Assange will get his film based on "New York Times" article "The Boy Who Kicked the Hornet's Nest", and some rumors say Paul Bettany could play him.
Posted by DEZMOND at 2:04 PM