Ah, so here's the new twist in the AVENGERS soap opera: the female role I've mentioned yesterday probably won't be Wasp, but agent Maria Hill who will just be a sidekick to Samuel L. Jackson's Nick Fury, someone who has been known to blackmail and bully superheroes 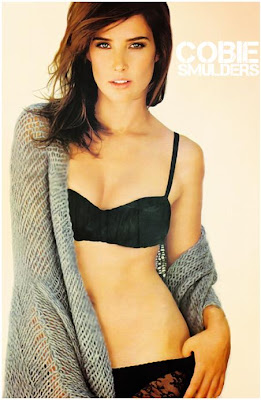 to get her way. And according to last rumors Morena Baccarin won't get it as we would all like, but Cobie Smulders, from HOW I MET YOUR MOTHER, who was apparently the best at the screen testings which were held last week. According to "Playlist" she was also a candidate for Joss Whedon's WONDER WOMAN.

If you miss some pirates on TV, Syfy is preparing their two-part film adaptation of the famous TREASURE ISLAND which follows young Jim who is unexpectedly drawn into the world of piracy when he discovers a treasure map and finds himself battling with Silver for the treasure and his life. Quite an interesting cast includes: Eddie Izzard as Long John Silver, Elijah Wood as Ben Gunn, Donald Sutherland as Flint, our dear Rupert Penry-Jones as Squire Trelawney... The film should premiere in 2012. 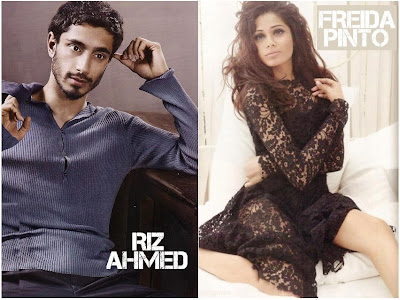 Since there haven't been many Indian films after SLUMDOG MILLIONAIRE, you might like the new project from famous filmmaker Michael Winterbottom who is preparing TRISHNA, a modern-day retelling of famous novel "Tess of the d’Urbervilles". According to "Playlist" he already has two extremely gorgeous young actors: Riz Ahmed (FOUR LIONS) and Freida Pinto (SLUMDOG MILLIONAIRE, IMMORTALS). The film will follow the tragic relationship between Jay, the son of a property developer, and Trishna, the daughter of an auto rickshaw owner.
Posted by DEZMOND at 1:17 PM