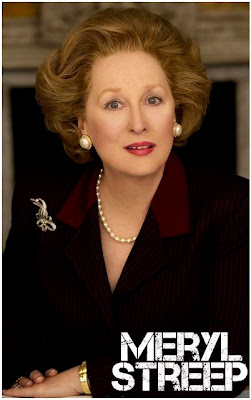 Ready to be amazed? Here's the first picture of Meryl Streep as Margaret Thatcher in THE IRON LADY, the upcoming biopic of the famous British prime minister. Starring also another amazing acting legend, Jim Broadbent, as her husband, the film will tell the compelling story of Margaret Thatcher, a woman who smashed through the barriers of gender and class to be heard in a male dominated world. The story concerns power and the price that is paid for power, and is a surprising and intimate portrait of an extraordinary and complex woman. We smell Oscars here as usually! 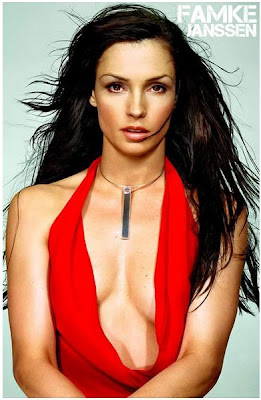 FRESH CASTING NEWS Famke Janssen has joined Jeremy Renner and Gemma Arterton in the new retelling of the famous fairy tale HANSEL AND GRETEL: WITCH HUNTERS in an unknown role (the witch maybe?).  Julia Roberts has officially signed on to play Evil Queen in Tarsem's THE BROTHERS GRIMM: SNOW WHITE. Dakota Fanning has joined GIRLS NIGHT OUT,  where she will play princess Margaret, the sister of the current Queen of England, who is allowed one night out of Buckingham Palace to celebrate the WWII being over. According to crazy new rumors Lindsay Lohan 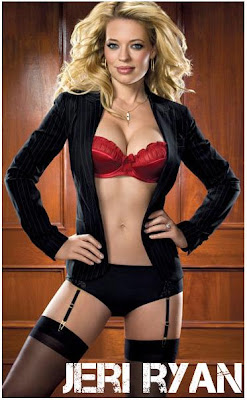 has also auditioned for the role of a major female character in Zack Snyder's SUPERMAN (not Lois Lane), the one I mentioned a few days ago.

Now this is both good and bad news: the hottest STAR TREK crew member ever (she got the official title in HOLLYWOOD SPY's BEST SF BEAUTY poll) Jeri Ryan AKA Seven of Nine, is coming back to sf. But it will only be in a web series. She will play Sonja Blade in MORTAL KOMBAT and she says that the ten episode web series will have a great script, foillowing a group of world-renowned warriors who band together to save the world from the nefarious villain.
Posted by DEZMOND at 1:43 PM