Now, this is nice news: the favourite comedian of our childhoods (back in the days when humor was witty, kind and appropriate an not vulgar and unrefined like today), Tim Allen is coming back to 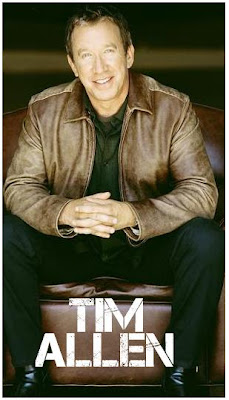 the world of sitcoms. The star of cult show HOME IMPROVEMENT will join ABC again in an untitled sitcom (it was called THE LAST DAYS OF MAN previously) about a man who is struggling to survive in a world where females dominate most aspects of life. The new pilot comes from the producer of 30 ROCK.

SHORT HEADLINES *OMG  do you remember our favourite childhood animated character the lazy bull Ferdinand  who would rather graze in a pasture and smell the flowers than fight matadors? :) Well, he's coming back! Fox has bought the rights to the original book THE STORY OF FERDINAND and Carlos Saldanha (we shall his parrot film RIO this year, and he also did all three ICE AGE movies for the studio) will direct the adaptation.*Summit is preparing 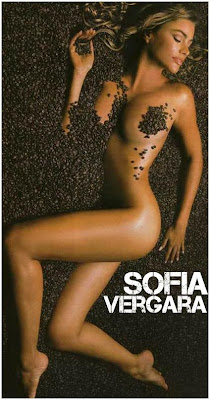 THE SECRET LIFE OF HOUDINI which will be a mix of Sherlock Holmes and Indiana Jones and will center on the famous magician and illusionist who was also a British spy.

Now, here's a nice (or shall I say sexy) cast: according to "MovieWeb" Sofia Vergara (trying to sell you some coffee in the pic), Alex Pettyfer and Bradley Cooper could all join THE PAPERBOY, which will follow the lazy son of a newspaper publisher who gets dragged into a murder investigation by his big brother, a seasoned journalist. They try to determine whether or not the man sentence to death row for the crime is truly responsible. Alex Pettyfer will play the younger slacker, Bradley Cooper will portray the big brother journalist, and Sofía Vergara will play the wife of a death row inmate.The film will be directed by Lee Daniels (PRECIOUS).
Posted by DEZMOND at 12:01 AM