Now, since Timur Bekmambetov, the director of the ABRAHAM LINCOLN VAMPIRE HUNTER has chosen his Mr. President last week (young Benjamin Walker) new rumors say that he now has 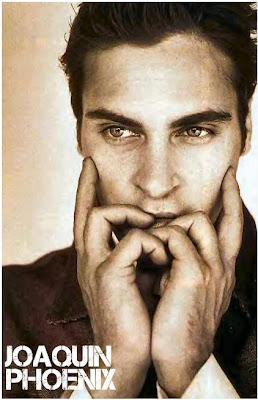 his eye on Joaquin Phoenix in the role of the mentor who would teach Lincoln how to hunt down and kill vampires. Apparently Tom Hardy was previously seen in that role, but since he joined THE DARK KNIGHT RISES, the role is now free for Joaquin if he wants it.

SHORT HEADLINES after rumors on Robin Williams joining THE DARK KNIGHT RISES alongside Tom Hardy and Anne Hathaway, the rumors about Joseph Gordon Levitt joining the cast in an unknown role have surfaced again. There were stories last year that he might be the new Joker.

Here's the first official trailer for medieval action IRONCLAD which will premiere this Spring in UK. The film is set in 1215. King John (Paul Giamatti) has been forced to sign the Magna Carta, 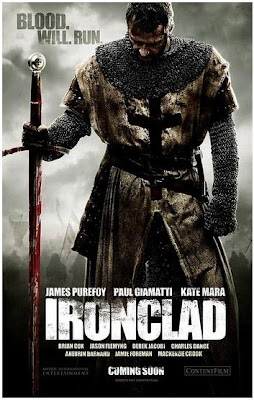 a document that will ensure the freedom of men and form the basis of common law in England. Furious at having been forced to sign it, King John raises a vicious mercenary army and begins a rampage across the country to regain total power. But as the King’s army is on the brink of reaching London and taking back control of the country, one last castle stands between him and inevitable victory: Rochester. Gathered together by Baron Albany (Brian Cox), a small band of rebel warriors gather inside Rochester intent on holding off King John until reinforcements arrive: a Templar Knight (James Purefoy) whose soul is wracked with guilt over the atrocities he has committed during the crusades and his burgeoning feelings for Isabel (Kate Mara), the beautiful lady of the castle and lonely wife of the aging Reginald de Cornhill (Derek Jacobi), battle-hardened mercenaries such as Beckett (Jason Flemying), who fight not for God and country, but for money and bloodlust, and young soldiers like Guy (Aneurin Barnard), who’ll taste blood and battle for the first time – and perhaps the last.
And don't forget to read the post on Drew Barrymore bellow, it was supposed to be posted last evening, but my headquarters have been sabotaged by an electricity power cut (although I suspect that was just my penguins doing some mischief - the internal investigation is on).
Posted by DEZMOND at 2:07 PM