We've noticed recently that a lot of actors whose careers have gone down in the film world have moved into the TV world, and here's a fresh example: Minnie Driver will take the lead role in CBS new show with an interesting name HAIL MARY. 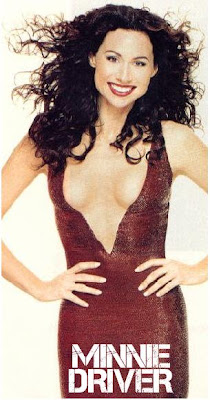 In the new TV series, Minnie's character will be a suburban mom-turned-private eye who teams up with a streetwise hustler to solve crimes. The show will be set and shot in Atlanta.

SHORT HEADLINES *The writer of VALKYRIE and JAKE THE GIANT KILLER has been hired to pen the script for the new English language film adaptation of STAR BLAZERS, famous Japanese space opera which involves alien invasions, the near extinction of the human race, and space travel. Click to watch the trailer for the Asian version (which brought HOLLYWOOD SPY 6,000 visitors in one day back when I published it last year)*Oh, dear Lord, we knew our new Superman, Henry Cavill (click to see his fresh hot pics from the set of COLD LIGHT OF THE DAY) 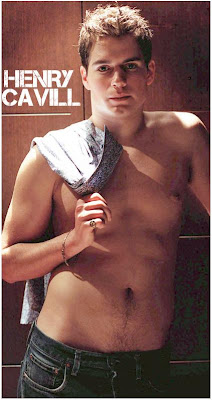 has been named the most unlucky man in Hollywood because he almost got the lead roles in JAMES BOND, BATMAN BEGINS, previous SUPERMAN and TWILIGHT, but lost them all, but he recently revealed that he also lost the leading role in 300 because he was fighting to get the James Bond role at that moment. Zack Snyder then gave the role of the Spartan king to Gerard Butler, but  he is now giving Cavill another chance to play in his film through new SUPERMAN. Cavill as Leonidas ... why, oh, why, we didn't see that?!?

HOLLYWOOD SPY has written before about the new sf/disaster TV series FALLING SKIES which is coming to TNT this summer starring Noah Wyle and produced by Steven Spielberg and here's a new trailer for the exciting show which promises to bring us some fun similar to last year's THE WALKING DEAD. In the show, Noah Wyle plays a former college professor who becomes the leader of a group of soldiers and civilians struggling against an occupying alien force while Moon Bloodgood is a therapist who works with the surviving children to help them cope with the traumatic situation.