According to "Vulture", Steven Spielberg will make a huge TV show based on Joe Hill's "Locke & Key" comic series. Joe Hill is by the way, the son of famous Stephen King. 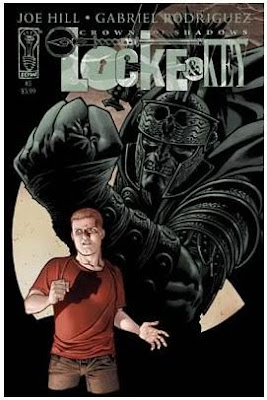 "Locke & Key" is about three kids who end up watching over a secret spooky New England mansion filled with mystical doors that transport them to different worlds and give them special powers, like turning into a ghost.

I'm publishing this one just as an excuse to post the hot pics of the two sexy actors: Sean Patrick Flanery ("Boondock Saints") and Charisma Carpenter ("Buffy", "The Expendables") might star in "The Human Factor" about a newspaper reporter and a renegade police detective who are investigating the disappearance of homeless people in New York. The interesting thing is that the cast might include a whole bunch of 80's and 90's stars: Eric Roberts, Michael Madsen (who is also directing it), Tom Sizemore, Michael Dudikoff, Ben Cross, Luke Goss....


Now, here's something everybody has been talking around the Net in last few days: the cool new commercial for Gucci Guilty fragrance, directed by Frank Miller the writer of famous graphic novels which were (or will be) made into movies such as "300", "The Spirit", "Sin City", "Xerxes". The beautiful Gucci commercial stars our new Captain America Chris Evans and young Evan Rachel Wood.

David S.Goyer ("The Dark Knight", "Batman Begins") has sold film rights on his first novel "Heaven's Shadow" to Warner Bros. according to "Deadline New York". The story centers around a large object that looks to be headed towards Earth. The widespread panic leads to governments competing with each other to be the first to intercept the object, believed to be a meteor, before anyone else, which then leads to the discovery of an alien race that puts the human race in jeopardy.
Posted by DEZMOND at 2:13 PM