Here's a movie for the guys: Ryan Reynolds and Bradley Cooper will star together in an untitled action-comedy penned by Sheldon Turner ("Up in the Air"), in which the story follows two friends, who are also San Francisco cops, whose fathers were once partners on the police force. The older generation is forced out of retirement to help their sons crack a case, with typically antagonistic results. I'm guessing they will also find some cool Bruce Willis type of actors to play their fathers :) It could be fun. 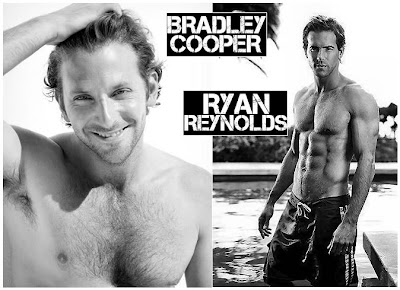 Warner Bros. will make a $200 million WW2 epic "The Battle of Midway" from the creator of "The Pacific". As a turning point in WW2 the battle of Midway took place six months after the demoralizing surprise attack on Pearl Harbor. When it was over, the supremacy of the Imperial Japanese Navy was lost along with four of its aircraft carriers and 1 heavy cruiser. The Japanese never recovered.

Darren Aronofsky, the hubby of our dear Rachel Weisz, is a potential new director for "Wolverine 2". The project has changed a lot of directors so far, but as you know Aronofsky already had a project with the main star Hugh Jackman, back when they made "The Fountain" together.
Posted by DEZMOND at 3:10 PM