VIN DIESEL AS HANNIBAL, AND DENZEL WASHINGTON AS HAMILCAR MIGHT GO EPIC IN "HANNIBAL THE CONQUEROR"

If you like epic movies like I do, then you probably know that Vin Diesel's biggest dream-come-true project is a historical movie "Hannibal The Conqueror" which would tell the story of the famous Carthaginian general who led a humongous army (including his beloved war elephants) across the Alps in order to destroy Rome in the Second Punic war. Vin Diesel (who had been a director before he became an action superstar) has been developing this project for many years now, and few days ago 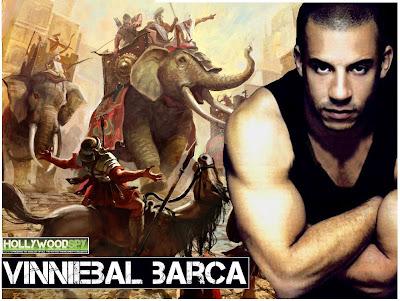 he left an interesting and intriguing update about "Hannibal The Conqueror" at his Facebook profile which might suggest that the movie is finally moving forward. He said that he had a meeting with director Tony Scott (the brother of Ridley) who might take the helm of the movie, and he also mentioned that Denzel Washington could play 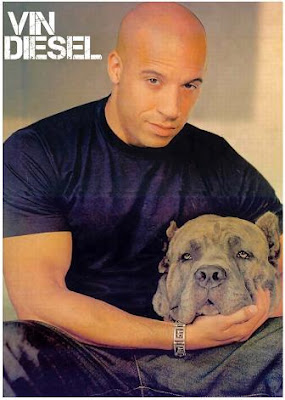 Hamilcar Barca, Hannibal's father who lead the Carthaginians during the First Punic War:
Well this meeting was exceptional. We talked about Hannibal and the Punic Wars and how by nature the story demanded three movies. The first movie centering around Hamilcar, Father of Hannibal and the Defender of Africa, in the First Punic War. He said he would get our friend Denzel to play Hamilcar. Denzel is a friend, whom I admire and who has given industry advice that I use to this day. Him playing Hamilcar and for Tony to Direct ... exciting to say the least. While I'm still keeping my fingers crossed for this movie (I both like Vin in this role, and I like the story around Hannibal), I'm somehow not sure if Hollywood would really make a huge epic in which the main star is a coloured person winning some major battles against the colonial Romans. And if we are talking Carthaginian epics, I wouldn't mind watching some epic on their famous queens Dido or Salammbo, since I grew up reading books on these rulers :) Now that would be a real treat. What do you think?
Posted by DEZMOND at 2:08 PM