I mentioned this last month, but now it's official: the producers of the new remake of "Judge Dredd" have confirmed that they have signed Karl Urban to take the lead role. They also said that their plan is to make "a very hard, R-rated, gritty, realistic movie of Dredd in Megacity". As you know "Judge Dredd" is set in a futuristic world filled with violence, and the main character is empowered to act as judge, jury and executioner. 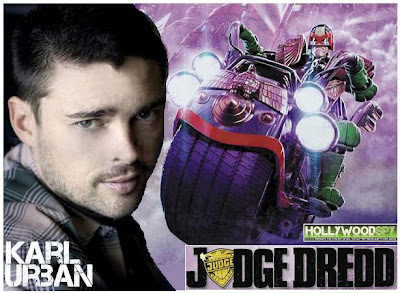 One of the most underrated actors out there, Karl Urban has given many charismatic performances so far: he was brave Eomer of Rohan in "Lord of the Rings", he was Dr. McCoy in "Star Trek", the villain in "The Chronicles of Riddick"... We will also watch him in the sequel to "Star Trek" and in the sf vampire adventure "Priest" 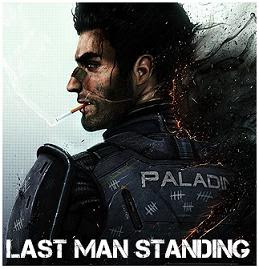 Paramount has bought the right on the film adaptation of "Last Man Standing", a sf graphic novel which takes place 600 years in the future, in an alternate universe and is about Gabriel, a soldier with the talent of 500 soldiers, who's been created to help win a war Earth got itself too deep into with Mars. After winning the war and returning to Earth, Gabe is framed and sent to prison but he escapes and goes on to reveal the lies behind his set-up. 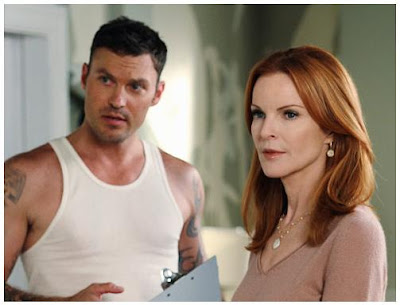 The first image from the upcoming 7th season of the megapopular "Desperate Housewives" has been revealed showing Marcia Cross and the newcomer Brian Austen Green. Austin Green will appear in Wisteria Lane as a new contractor and a playboy whom Bree will hire to fix her house, but then she'll fall for his charms. The problems will start when Bree gets a competition in a new cougar lady in town played by Vanessa Williams. 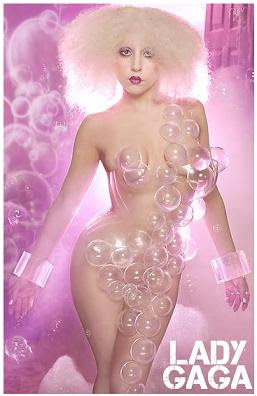 Lady Gaga is working on her next project which has already been proclaimed as the most anticipated album of 2011. Gaga said that the new album is her absolute greatest work she's ever done, and that she's on the quest to create the anthem for her generation for the next decade. According to some rumors one of the people who will work on her new music is no other but David Bowie. Some of the possible song tittles include "Someone Save Me Tonight", "Hooker on a Church Corner", "Vinyl", "Born This Way" ... When mentioning music, don't forget to check out my new feature DEZMOND'S MUSIC GEMS up in the left sidebar, in which I'll be playing you some really amazing and magical music :) Please leave comments if you like the current video "Wonderful Life" from Hurts ;)
Posted by DEZMOND at 2:00 PM