JON HAMM AND JOE MANGANIELLO MIGHT BE THE NEW SUPERMAN. DEL TORO MIGHT DO "PARADISE LOST". NEW "NARNIA: VOYAGE OF THE DAWN TREADER" POSTER

Ah, you know it, it's the boring uneventful Monday in film news, but I've managed to secure at least some updates. First, there's a new poster for the fantasy adventure "The Chronicles of Narnia: The Voyage of the Dawn Treader" 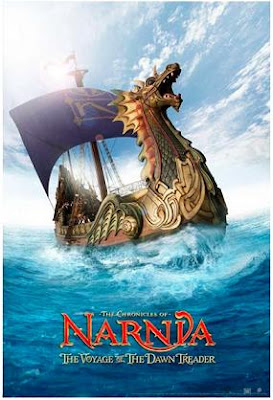 revealing the ship itself. Coming out this December the film will follow the young Pevensies and Prince Caspian on a trip across the sea aboard the royal ship The Dawn Treader. Along the way they encounter dragons, dwarves, merfolk, and a band of lost warriors before reaching the edge of the world.

Last week the new casting mystery started when Zachary Levi said how he would like to be a new Superman, but new rumors coming from Warner Brothers and Legendary Pictures say that the producers of the new "Superman" movie are actually going for someone a bit more older. Apparently the studios are seriously considering Jon 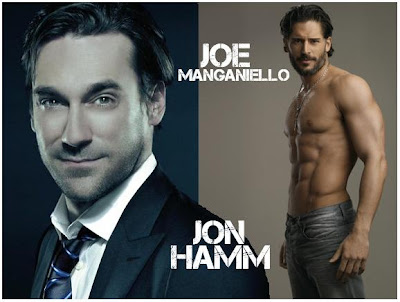 Hamm from "Mad Men" as the possible actor for the role of Clark Kent and Superman. Beside Levi and Hamm, another candidate for the role is hunky Joe Manganiello from "True Blood". 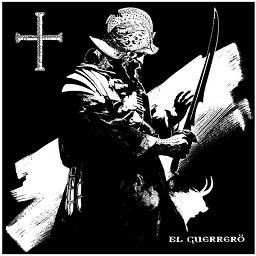 the adaptation of famous "Paradise Lost" by Milton. The whole buzz begun when Legendary Pictures started giving away shirts depicting their new projects and their respective directors during the ComicCon. Beside a shirt with "Xerxes" and the name of Zack Snyder all over it, there were also shirts with the artwork of a conquistador called El Guerrero and del Toro's name on the back. A brand new mystery for us :)
Posted by DEZMOND at 3:10 PM