According to "Show Biz Spy" (they are obviously a member of my guild), Brad Pitt will star in "Red Dead Redemption", a big screen adaptation of the popular video game. 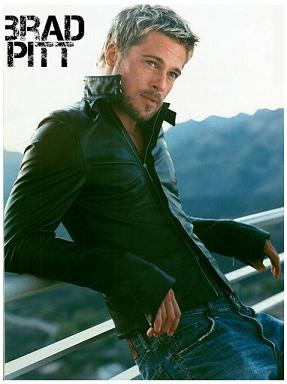 If this is true, Brad Pitt will take the role of renegade cowboy outlaw John Marston who is forced to hunt down members of his old gang in this Wild West epic with a few modern touches.

Steven Spielberg's ambitious and expensive new TV show "Terra Nova" has got first actors: young Allison Miller and hunky Jason O'Mara. Premiering next year "Terra Nova" will center on humans from the year 2149 who are forced to find a way to save the human race so they go on an expedition through a rip in the time-space continuum that can send them back to prehistoric Earth. 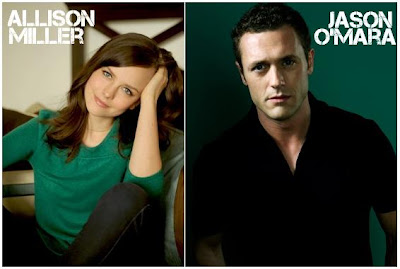 As you know Paul W.S. Anderson is currently shooting 3D adaptation of "The Three Musketeers", and yesterday the first pics from the set have been revealed showing young Logan Lerman with a strange hairdo and Mads Mikkelsen in his dashing costume. The stellar cast also includes Christoph Waltz, Orlando Bloom, Ray Stevenson, Luke Evans, Matthew Macfadyen and Milla Jovovich whom we've already seen in the costume of Milady De Winter. 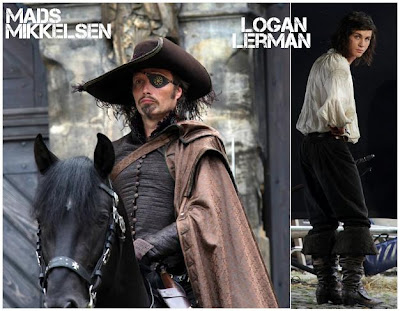 John Cusack will play Edgar Allan Poe in the thriller "The Raven", based on the author's classic poem and directed by James McTeigue. The film follows the last five mysterious days of Edgar Allan Poe's life, when he gets wrapped up in a serial killer investigation. Joaquin Phoenix, Jeremy Renner and Ewan McGregor were mentioned before in connection with this project, but I don't know whether any of them is still in the cast.
Posted by DEZMOND at 1:41 PM