OK, my dear creatures, since Sunday is usually a day with no film news, let's do a relaxing post on some cute new 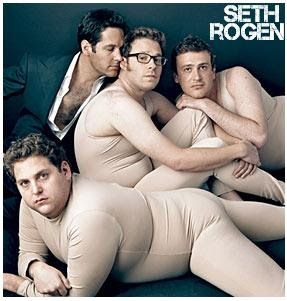 animated projects which are being planned over in Tinseltown: Seth Rogen, who has already given his voice in "Kung Fu Panda" and "Monsters vs Aliens" will voice the lead character in Dreamworks' film with a super charming tittle "Boo U", according to "Heat Vision". Similar to famous "Casper", the story in "Boo U" will follow a ghost who isn't very good at his job so he must go back to school to become better at it :)) This 3D animated project will be directed by Tony Leondis ("Igor").

And take a look at the charming new French poster for Disney's "Tangled", a film which starts when the kingdom's most wanted-and most charming-bandit Flynn Rider (voice of Zachary Levi) is 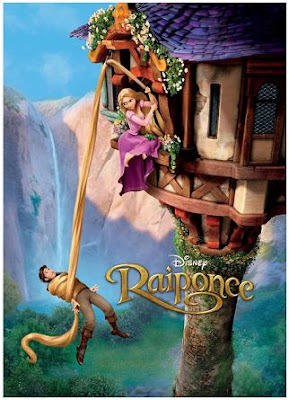 taken hostage by Rapunzel (voice of Mandy Moore), a feisty teen with 70 feet of golden hair who's looking for her ticket out of the tower where she's been locked away for years. After that the unlikely duo sets off on a hilarious, hair-raising escapade filled with adventure, heart, humor and hair-lots of hair.

DreamWorks Animation will also make a very innovative film "Imaginary Enemies", which will be told from the point of view of the imaginary friends who had long been used as scapegoats by unscrupulous children looking for someone else to blame for their misdeeds. Eventually fed up, those imaginary people come looking for some payback when the kids are grown up. Mike Mitchell from "Shrek Ever After" might direct this one as well.
Posted by DEZMOND at 1:24 PM