JONATHAN RHYS MEYERS AND ADRIEN BRODY AS MR. FANTASTIC IN NEW "FANTASTIC FOUR". "LIVES OF MONSTER DOGS" TO BE MADE INTO A SUPER STRANGE FILM

So, this is pretty interesting, it was only yesterday that I mentioned the first casting rumors on the "Fantastic Four" reboot, and today we already have new ones: Adrien Brody and Jonathan Rhys Meyers are apparently two main contenders for the role of Mr. Fantastic aka professor Reed Richards who was played by charming Brit Ioan Gruffudd in the original movie. If you ask me, I'd choose Rhys Meyers. 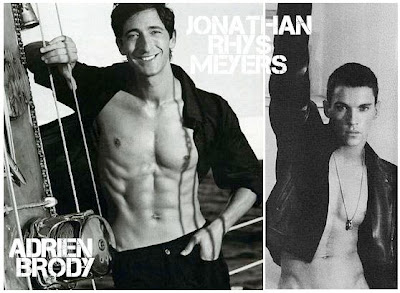 Chris Wedge, the helmer behind "Ice Age" will make a very strange live-action directorial debut with the adaptation of the postmodern Frankenstein-style novel "Lives of the Monster Dogs". 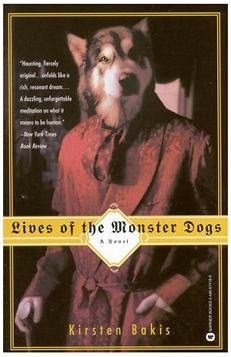 The story revolves around a group of soldier dogs genetically engineered by mad Prussian scientists hiding in a Canadian village. The hyper-intelligent dogs, who walk erect and use voice boxes to communicate, revolt against their masters and, dressed in 19th century formal wear (no, I'm not smoking weed, you read it right), show up in modern New York.

Gary Kurtz one of the producers of "Star Wars" will produce "Panzer 88", a WWII movie with a supernatural twist. The plot will follow the five-man German crew of the Ilsa, a King Tiger - the biggest tank of its day, on a mission to the frigid and fearsome Russian border, where they tread into an 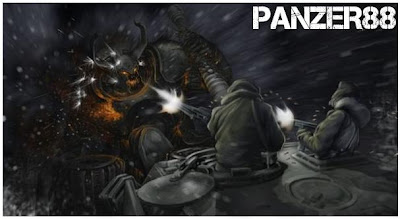 ancient mystery by stirring a powerful entity. It will be a reality-based story with horror overtones, and they're aiming to do for the tank genre what "The Hunt for Red October" did for submarine flicks. Check out the first concept art bellow.
Posted by DEZMOND at 2:02 PM