FIRST PIC OF HELEN MIRREN AS PROSPERA IN "THE TEMPEST". CHRISTOPH WALTZ MIGHT BE THE LIZARD IN "SPIDERMAN". LIST OF NEW MARVEL FILMS

OK, people, since spies can't rest even on Sundays, here's your dose of the freshest film news for today: I've been trying to find the first pic from this film for a long time, but now here it is: Helen Mirren as the sorceress Prospera in Julie Taymor's adaptation of Shakespeare's play "The Tempest". Released by Disney this December, "The Tempest" will deal with Prospera's journey from vengeance to forgiveness as she reigns over a magical island, 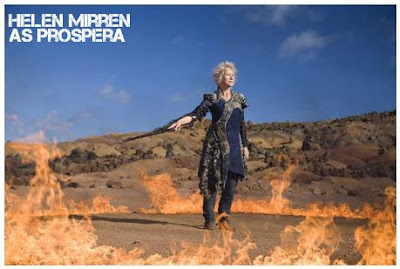 cares for her young daughter, Miranda, and unleashes her powers against shipwrecked enemies in this exciting, masterly mix of romance, tragicomedy and the supernatural. Ben Wishaw will play the airy spirit Ariel, Russel Brand is jester Trinculo, Djimon Hounsou is the deformed slave Caliban, Alfred Molina is the drunken butler Stephano ...

Even though most of the world has totally lost interest in "Spider-Man" reboot after they gave the lead role to Andrew Garfield (don't ask me who he is, I don't know), and after they lost Michael Fassbender who decided to be Magneto in "X-Men: 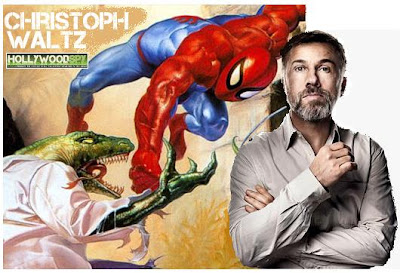 First Class" instead of being a villain in Spider-Man, it seems the studio is still going on with the casting. According to new rumors, Sony wants Christoph Waltz as the bad guy, and the bad guy might be The Lizard.

After "Thor" and "Captain America" premier in 2011, and "The Avengers" in 2012 with "Runaways" (teen super heroes) also coming out in 2011, Marvel Studios chief Kevin Feige has revealed to MTV that after 2013 we shall see new super hero movies from Marvel which might include some of the following comics Iron Fist, Black Panther, S.H.I.E.L.D., Doctor Strange and Guardians of the Galaxy.
Posted by DEZMOND at 2:00 PM