Your Favourite British Actress (part one) poll is over and I must say you were a very respectful and profound voters giving the most votes to the best among them, her royal majesty Judi Dench (30%). 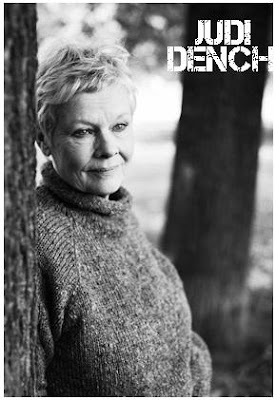 Welsh beauty Catherine Zeta Jones took second place (23%), leaving sensual Rachel Weisz (17%) in the third spot.
Now before you start reading my story on the winner, you must first leave your computers and courteously bow in front of her royal majesty, queen Judi Dench. Did it? OK, we can continue :) For some reason, I've never considered Elizabeth II as the English queen but our dear Judi :) She really is royal in every respect. I first fell in love with her watching the amazing and heartwarming sitcom "As Time Goes By" (1992-2005) the most intelligent TV series from BBC about a woman who, at her mature age, meets the love from her youth and they start their romance again as two older people. Amazing show, I'm happy I was able to grow up watching it. Another BBC series I loved her in was the witty, charming and star-studded "Cranford". We all loved her versatile roles in "James Bond", "Nine", "Notes on a Scandal", "Mrs Henderson Presents", "The Chronicles of Riddick", "Ladies in Lavander", 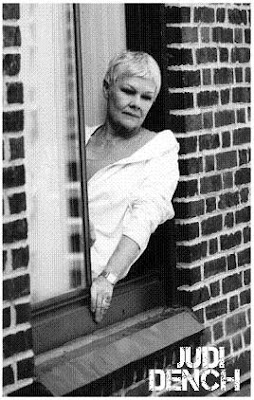 "The Importance of Being Earnest", "Iris", "Chocolate", "Tea With Mussolini", "Shakespeare in Love", "Mrs. Brown"... The fact that she has just one Oscar (for the 8 minute role in "Shakespeare in Love") just speaks about the nonsensical criteria of the American Film Academy. But she does have 10 BAFTAs like a true British Dame!
Before "Mrs. Brown" she wasn't overly noticed in cinemas, but she got that legendary role because she told the producer Harvey Weinstein that she had his name tattooed on her bum. It wasn't a real one, she had her make-up lady design something that she just showed him. He had never forgotten that situation :) 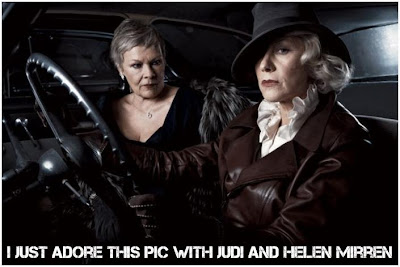 Now let us go to our new poll: the second part of YOUR FAVOURITE BRITISH GENTS. The dashing gentlemen competing in this round, 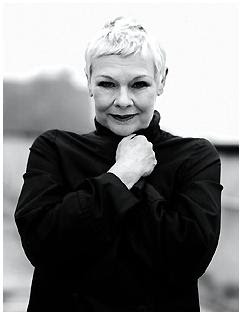