SF EPIC "JOHN CARTER OF MARS" HITS CINEMAS IN 2012, CHECK OUT THE STUNNING CAST! CHANNING TATUM IN "THE CONTORTIONIST'S HANDBOOK"

One of my most anticipated future movies, sf epic "John Carter of Mars" has gotten an official release date but it's not any time soon: the premiere is on June 8, 2012. Directed by Andrew Stanton (who brought us magic in "Finding Nemo" and "Wall-E" and is now doing a live action film for the first time) has gathered a stunning cast in the film which follows Civil War veteran John Carter who is mysteriously transplanted to Mars, where he discovers a lush, wildly diverse planet whose main inhabitants are 12-foot tall green barbarians. Finding himself a prisoner of these creatures, he escapes, only to encounter Dejah Thoris, Princess of Helium, who is in desperate need of a savior. He will also encounter formidable alien creatures resembling the beasts of ancient myth. Now check out the absolutely amazing cast: Taylor Kitsch (John Carter), Lynn Collins (princess Dejah), Mark Strong (Matai Shang a ruler with godlike status), Willem Dafoe (Tars Tarkas, a 10-foot tall, four armed green Martian), James Purefoy (Kantos Kan, 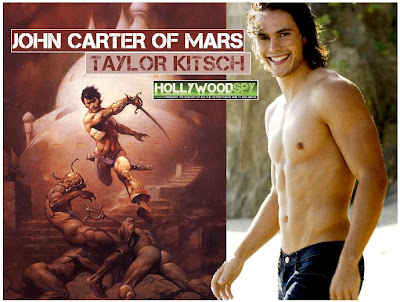 the captain of the kingdom of Helium's grand warship), Ciarán Hinds (Tardos Mors), Dominic West (Sab Than, a prince who believes he is entitled to rule Mars), Polly Walker (merciless and 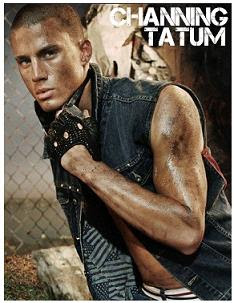 Channing Tatum will produce and take the lead role in "The Contortionist's Handbook", about a chameleonesque forger who slips into new identities constantly to avoid being caught by the authorities, and to forget his troubled past. His strict code of conduct gets upended when he falls for a beautiful and mysterious woman with her own shady past.
Posted by DEZMOND at 2:05 PM