Since they scored a great success with "Spartacus: Blood and Sand", and their epic mini series "Pillars of the Earth" is going on well currently on programme, Starz is going on with giving us amazing historical shows. I've already written about their plan to do their own take on the famous Arthurian legends in "Camelot", a new historical show which will tell the story of King Arthur and the knights of the Round Table, and which is currently being filmed in Ireland. 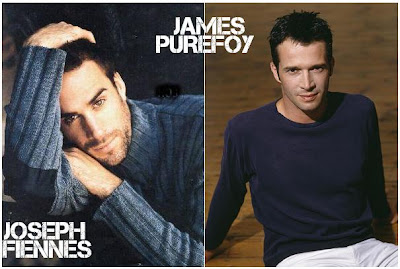 The show will star Joseph Fiennes (as a "Machiavellian" version of the wizard Merlin, which Fiennes himself has described recently as the mix of Obi-Wan Kenobi and Donald Rumsfeld), Jamie Campbell Bower (as young Arthur), Eva Green (as evilish sorceress Morgana) and uber-lovely Tamsin Egerton (as Guinevere). The interesting update on "Camelot" is that another contestant in our current poll on British gentlemen will appear in the show: James Purefoy will join the cast as the bad guy King 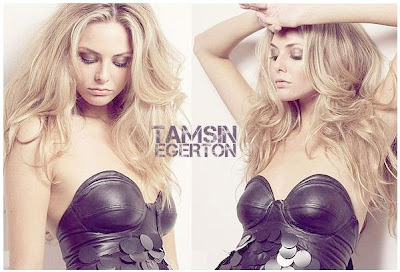 Lot. "Camelot's" writer Chris Chibnall has said that he wants to bring us an extremely cinematic and rich Camelot, but according to first rumors, the show will deliver lots of lust as well. The first promo trailer which was recently secretly shown to some critics (but is still not available online) was said to be full of gritty, earthy, violent and sexy scenes.
Posted by DEZMOND at 2:10 PM